1 skin idea for each faction 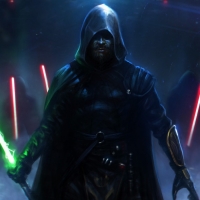 Laser921
2144 posts Member
May 3, 2017 10:08PM
Cis: Magnadroid-I like these guys and especially would like it if they were like they were in pandemic bf2, where they augmented normal infantry

Clone: Galactic Marine/Commander Bacara-Need I say more ,these guys kicked but and it'd be awesome to play as one

Empire:Storm Commando/SCAR trooper/Dark Trooper phase zero(the playable ones from the old BF games): Either of these guys would do it for me, all of them are awesome in their own way. If I had to choose one though, it'd be the dark trooper since they were great in the old Pandemic games.

Rebel: Girgoran mercenary/Rebel Heavy Trooper: Again, either of these would work. I would like the see the heavy armor Rebel since it'd be nice to see a Reb with actual armor

First Order: Since you all have probably seen that I'm not a fan of the sequel era, I'd go with the flame trooper. There hasn't been enough appearances of other trooper types.


Of course I want more skins choices per class but these choices would be nice
Emotion yet Peace, Ignorance yet Knowledge, Passion yet Serenity, Chaos yet Harmony, Death yet the Force
0