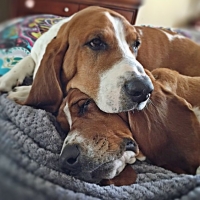 HoundTwin
8 posts Member
May 5, 2017 12:10AM
I just read some topics here and I'm suprised many people here suggests more open maps. "Linear maps" as you call it fits Star Wars more moreover it fits every war game more.
On the battlefield there are frontlines which you have to force forward or backward. So how it was in battlefront1 gave you a feeling you are on a battlefield.
More open maps with muliple starting points would be unlogical.
0