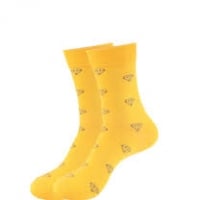 YellowSocks362
1 posts Member
November 15, 2017 4:12AM
Hey everyone. I'm just giving my experience on the Heroes vs Villians gamemode.
First topic - Vader
I feel like Darth Vader is great as a character, however he just feels godly strong. The man has the health of a tank and yet can kill you in 3 hits. Oh and he can block saber and blaster shots. It wasn't until we had 3 people hitting him when he had no teammates that we finally brought him down. I think he just needs a little tweek with his health is all.
Second topic - Saber Stamina
Is it me or does it seem like the amount of times you can swing at somebody is just enormously high? I understand they need to hit people but as a ranged or even sometimes a melee, you just get stun locked from the saber swings that come at you sooo fast that you're dead before you know it.
Third topic - Light vs Dark
In my opinion the Dark side is way better then the Light side. There is one reason why I think so. The amount of crowd control on the dark side. Honestly it seems that the dark side has sooooo much more cc then the other. The only 2 on the light side that I feel can compete somewhat is Luke and Rey. But the shooters just seem lack luster compared to the other.

Don't get me wrong, I'm really enjoying Battlefront 2 so far and I love the new HvV concept compared to the first, I'm just trying to see if anyone else feels the same so maybe they can make some changes.
0