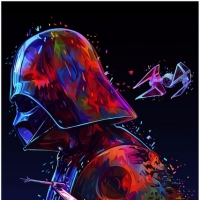 MajorShaker
17 posts Member
November 19, 2017 12:22PM
After a really long time we finally got a Star Wars campaign. I was very happy when it was announced and it looked promising.

It feels like Star Wars. Locations are great and I like how you can actually play it through the heroes like Han, Lando, Lea and Luke. Cinematics are perfect, story line is I would say ok. Iden's droid is a great addition and the main character is good too. I like her. But what I like most it felt like a one movie with cinematics present during loading. It had Star Wars moments and the music that was composed for the game is good. I loved all the fighter battles.

Missions had quite good length but they were very linear. I was missing sort of side missions where you would be more challenged to for example save fellow trapped trooper or squadron that was in pursuit. I was expecting maybe more tactical approach as you had your squad mates. At one side it had good length but on the other AI is very dumb. I played it on the hardest level and had it easy. I did not feel much difference when I switched to easy option.

Presence of the AI in the game felt like they were randomly running around yelling different sort of phrases. It brought down the atmosphere of serious fighting. Also sometimes the music seemed kind of off for some levels. It missed the dramatic parts. The story seemed to me a little rushed and I still have no idea what the mission Cider supposed to be. I missed in the story the main objective and who the main villain was. Just Empire it self?

The turning point came too quickly too. What I miss probably a lot in the story is the actual feeling it is building up to something taking mission after mission to its climax where it is one big battle of Jakku. It seemed pretty random to be honest.

My final score for the campaign is 6/10. Average but I was pleased and had fun with that.
0
Reply to this topic
Sign In or Register to comment.