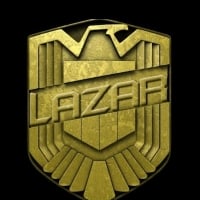 Lemme just start by saying this. EA, nobody likes Origin, just call up Gabe Newell, meet for coffee and kiss and make up already. Origin is garbage and Steam is superior in EVERY WAY.

That being said, can anyone tell me if there is a way to accept an invite from a friend to squad up without using the Origin overlay? I see the invite come in but I can't click on it or do anything to accept it unless I close the game, close origin, turn off Steam's overlay, open origin, turn on the origin overlay, restart the game, have him invite me again, open the origin overlay and then it lets me accept the invite. Then I have to keep alt tabbing out of the game every time I get a message on Steam. Seriously EA, just get rid of Origin, you don't have to put your games on Steam, but FFS Origin is a terrible program. I have never seen anyone say something positive about Origin in all the years it has existed.
0
Reply to this topic
Sign In or Register to comment.