Best and Worst Maps and Why 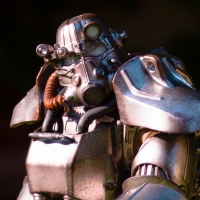 richcz3
59 posts Member
November 19, 2017 7:21PM
Best Maps
Death Star II
Tatooine: Mos Eisley
Kamino: Tipoca City.
Why? These maps play to the strengths of the games design limits. Close Quarters Combat (CQC). You are less likely to step out into the Gray Screen (Return to Combat) You actually have optional routes to take to flank the enemy as well as high vantage points


Good Maps
Endor: Bunker
Yavin 4
Naboo: Theed
Why? Middle of the road. Different enough Open and CQC, but also problematic. Any time you advance too far on an open map areas you get Gray Screened - Return to Battle (Yavin/Endor). Naboo's environment is better suited to the Escort Vehicle role than Hoth or Kashyyk

Worst Maps
Hoth: Echo Base
Kashyyyk: Beachhead
Why? Too linear. It works for Naboo; Theed but doesn't translate to other maps. Escort X vehicles in straight line across a field to an end base. Rinse and Repeat. Hoth in Battlefront I was a superior experience. The games insistence that you fight in a confined space or your screen goes gray, kills immersion. I especially dislike Kashyyk as an Imperial. If you're fighting at Sunset, you get the Suns glare to contend with while trying to discern spindly tan droids against a brown landscape. Ughh.
0
Reply to this topic
Sign In or Register to comment.