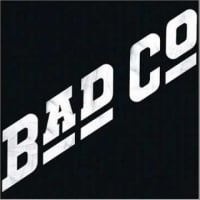 The majority of my star cards now in a loot crate are duplicates that I get a measly 200 credits returned. I mainly hope for a high quality 3+ card or materials. Sometimes happens sometimes doesn't. It's really underwhelming to see all duplicates and makes me sad in the pants.

I'm sure there has been numerous threads on this already but I'd really like to suggest a standard level based progression with an increase in credits earned per match so we can perhaps buy the materials to build the star cards instead of gambling for them.

Which brings me to my next point.

Why on earth is the credit reward at the end of the game based on length of the match? It makes no difference seemingly whether you win or lose but purely on the time the match goes on. Why can't the defenders or attackers that absolutely wreck the opposition get a bonus for winning? Maybe 200 credits extra credits as an incentive?

We are all thankful to have a world to play these fun games in but would it hurt you guys to throw us a frickin' bone once in a while and not make this a war of attrition?

- Disable points for AI kills in multiplayer matches. Too much abuse of points for hero farming and e-peen flexing after the game.

- Grouping with friends is a major pain atm. I tried to play with a friend yesterday and we couldn't even get in the same match together while in a group. It's pretty broken and you'd think that this was a freshmen effort by DICE and EA with online mp games.
0
Reply to this topic
Sign In or Register to comment.