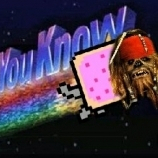 A_Wookie_Roar
2374 posts Member
November 22, 2017 6:23AM edited November 2017
Does anyone else think Del and Iden is Rey's parents? I think there's a big chance. We already know they had a daughter and Del and Iden were already on Jakku. Iden is very skilled in fighting and especially flying. Del is a very technical savvy person and he was an engineer. Rey has all of those abilities from what we have seen so far. And to be honest I think Luke knows about Rey (from how he looked when at the end of The Force Awakens) and it would make sense if he does because he Knew Del and most likely Iden. And who would have been able to sense that Rey was force sensitive? Someone who is trained in the Force. Also Kylo Ren knew about her in the movie and also in the story in the game. There sure seems to be a lot of things adding up here that weren't there before and also remember this game is 100% canon too.

What do you guys think? I wish I could post this on general discussion so more people could see it but it will probably get closed or moved. Anyways i guess we will have to wait and see in December who her parents are but this seems to coincidental for me.
SFA Reinforcement Ideas - https://battlefront-forums.ea.com/discussion/98321/starfighter-assault-reinforcement-ideas#latest

"Lean upon pain like a crutch and you create anger and a dark fear of truth. Pain guides, but it does not support" Obi-Wan Kenobi