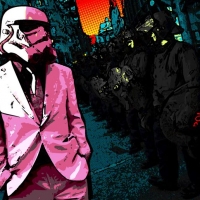 gzcnr
290 posts Member
November 28, 2017 10:49PM
I know it is not an important thing but can u remove duplicate holograms shown at the end of the game. I know a player can dominate multiple rewards like most kills, most assists and mvp etc. Then just put one hologram and show the most important one. Five copies of the same player next to each other is not looking good.
0