A Balance in the Force? 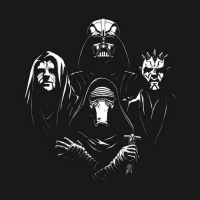 Jay2pucks
5 posts Member
November 29, 2017 12:56AM
I don't know if this is bugging anyone else, but Rey's Mind Trick Ability I think is a little bit too good. Not in its effect, I think that is fine and is manageable to counter when you are mind tricked. But I think that it should, like all of the other force abilities in the game, be able to be blocked by heroes like Vader and Kylo. If Luke's Repulse or Vader's Choke can get blocked, why should the mind trick, which technically should only be effective on the weak-minded, go through a block? And maybe reduce the range a tad, but I think allowing it to get blocked is a priority.

And also, I feel like Luke should get a buff in health, and/or damage in his Repulse ability. He just feels a bit weak for me, but I could just be playing him wrong.
0