Out of Bounds Warnings 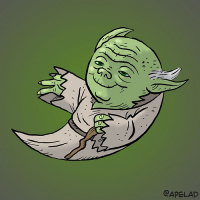 I understand the point of them but I'm annoyed with them because they reduce your ability to flank. For example, playing strike and many times to can't get around to flank a choke point because you get out of bounds and return to combat warnings and it gives you like 6 seconds and you die. However, the opposing team is free to run in that specific area/corridor, etc.

I don't remember this being an issue for me in BF2015. I mean, when I played drop zone for example I could g everywhere on the map that the other team could go. There weren't these imaginary out of bounds lines stopping me from entering certain areas of the map.

I understand that they're probably trying to stop spawn camping with this but at the same time it's pretty annoying that you can't flank using certain areas of the map.

I will lieerally at times see opposing team members hanging out in these restricted areas and popping in and out of them knowing that the other team can't chase them there.

Personally, I'd rather see them fix spawns and make sure spawns are random and open up the maps than have these blocked out areas that only one team can enter.
1