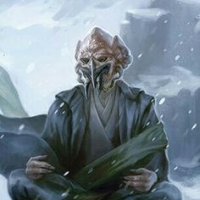 JediSentinelSherlock
0 posts Member
November 30, 2017 6:32PM
The scoring system as it currently stands does not promote objective based team play. The majority of galactic assault matches have at least one player who completely ignores the objectives, and rather hawks above the sky shooting down NPC starships for the duration. Often these players generate such enourmous scores that they end the match as the MVP, sometimes doubling the nearest score. Often times this player's team will not only lose the match, but be completely blown out of the water.

This exploitation strategy also generates an enormous amount of battle points for said player, and allows them to play as heroes for the remainder of the match, completely bypassing the steep drop-off in hero point production that keeps the game balanced.

Here are my suggestions:

Every member on the team that wins the match will receive a 3000 point bonus.

Having the individual final scores stay the same at the end of the match doesn't give an incentive to be on the winning team beyond credit boost, certain achievements, and the physical "Victory" graphic that pops up. Players in every other competitive forum gain overall value from being winners, regardless of their statistical value. What if a player provided much needed cover fire, or distracted players so that a teammate could flank?

"Playing The Objective" points need to have a higher value.

The current values are so low that players avoid them to gain a statistical edge on both the enemy and their teammates. There can be a general adjustment to values so that the progression rate stays the same, but the winning teams and winning players should progress much faster.

On Kashyyyk, Takodana, and Mos Eisley exploit players will come out with scores north of 20,000, but their actual contribution to the team and objective are dismal. This is of course compounded by the fact that their starships can spawn camp both the NPC and PVP characters as they enter the map.

I've even been in groups of 15 - 20 players where a teammate will finish the match and gloat about their MVP status while they have less than 10 kills in across 3 - 4 objective waves. And in near every instance of this exploitation, when you ultimately change maps, does this player alternate strategy? Do they decide to play the objective the next game?