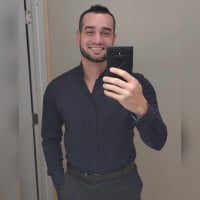 Dash
11742 posts Member
December 26, 2017 3:47AM edited December 2017
In this guide we will cover each Class, Their individual Roles, and the Full in depth explanation on personal play/bringing your own unique Play Style / Personality into this game and unleashing your individual potential.

Let's Cover Each Class First, then go into their roles.

Class: Assault
"The Grunt". Goes in first, takes point, engages enemy units, takes position, and Holds the point until death. War of Attrition class first and foremost. Sole purpose is to disrupt enemy movements with aggressive flanking and using tactical awareness to apply pressure to all enemy combatants. They are the KING'S of Pressure.

Class: Heavy
"A man's Man". These units primarily suppress and Hold the line. Their sole purpose is to engage and suppress all enemy units and to ensure their allies commit to a push/objective. Bodyguards. Plain and Simple, these are warriors of Protection.

Class: Officer
The "Preacher". This class is meant to Augment allies, provide safe enclosures for high tensity combat, while protecting the line and assists in maintaining pressure provided by allies. These units are second to none when it comes to unit augmentation and importance of protection. Each officer life should be valued more than any other class in battle.

Class: Specialist
"Overwatch". The Specialist is one of the most important Classes in this game, and also one of the most underutilized. These units are meant for range suppression, Counter-sniping, Overwatch, Asset Protection, Objective Pressure/Defense. Their sole purpose is to watch enemy movements and disrupt their pushes with maximum pressure and accuracy. No compromises. They also have a great skill set for close quarter combat that is often misunderstood.

Let's go over the play styles that are known for shooters in general:

"Lone Wolf" This is self explanatory and most popular for solo players. Does his own thing and has a genuine skill level based on his play style. Plays how he wants but also plays the objective. Very Competitive.

"Team Player" Also Self Explanatory. Plays with the team, About the Objective, Supports as best he can. Does all he does for the team/win.

"Selfish Player" Self Explanatory. Does as he pleases regardless of game mode.

"Rager" Types more than he shoots. Disregard this player entirely.

Now that we have covered the Classes, Their Roles, And the Basic Play styles / Personalities of Gamer's in shooters, let's now cover the Best Class to Personality Ratio / Combination that will best suit your own individual styles.

If you've read this far, you do intend on finding yourself/role within this game. Now all you need to do is figure out what your Play Style is, and your Personality.

If you're More aggressive and in your face, you will most likely fall under two categories, Lone Wolf/Team Player. Which is GREAT! That means you apply enough pressure on enemies because of aggressive play, you like fighting in the meat grinder. You are into the war of attrition.

For that style I suggest Assault, and Heavy, with Officer being last.

If you're a bit more passive and cautious, meticulous with every shot and action taken, you likely fall into Lone Wolf/Team player as well. I would advise you into going into the Specialist, Officer, Heavy Class. In that order of "Fit" for your style.

There's no need to cover the other two "personality" types as they are not suited for any game play. The good thing is, both types we DID cover involve Team play. Which says a lot.

The heavy provides Safeguarding, Suppression (Sentry), and Durability with holding the line (Shield), along with explosive disruption (Impact Grenade).

The officer brings Tactical Units augmentation as well as providing a support for the Heavies and Assault units. They can tactically blind (Flash Grenade), Augment allied units (Battle Command), and Provide defensive counter measures and self protection (Blaster Turrets).

The specialist is an animal in the right hands. They can disrupt and hold back enemy movements (Shock Grenade), they can Flank and neutralize enemy choke points/blockades (Infiltration), and they are extremely capable at locating enemy units at any distance for counter attacking and protection of assets (Thermal Binoculars).


These are just the stock abilities, as you unlock more Star Cards, you can change out abilities per class to better suit your own individual play styles much better, which in turn will compliment the out put and potential of your experience and game play in Battlefront 2.


The following classes can be unlocked with battle points earned per match to be used at your discretion/preference. The Star Cards for these are up to you individually. I will advise you on what I personally use to provide you a baseline of experience/expectations.

Preferred cards/best is always up to you. I will recommend my own for now as an example.

Preferred cards/best is always up to you. I will recommend my own for now as an example.

Weapons/Equips (Short dialogue here as this is mostly self explanatory as you play the game with due time).

As you play, you will notice certain Equips for your primary weapons and what they do individually. Bare in mind you can only use two Equips at once and have one Primary weapon at a time. You can switch the equips and primary weapon per death/respawn. So no sweat if you wanna change it up mid match. However, with that said, The fundamentals of accuracy in this game come down to your own Comfort in the way you Shoot and which weapon "Flows" with your style the best. This is something I cannot advise you on as it's something we all discover with time.

The MOST important thing in all of this comes down to these 3 points:

You know yourself enough that you understand what you're about when you play a shooter, and who you are as a player personality wise. Always be honest with yourself.

The second thing to remember is if you can come clean to who you are and what you're about in a game, you can play the game at your own individual full potential 100% of the time with no regrets.

And Lastly, if you put in the time to master your class of choice, and unlock the cards of your preference, you will become a force of NATURE in any game mode you enter. Not kidding. The most dangerous enemy player is one who knows himself, his capabilities, knows his main class, abilities, and custom load out/equips. THAT player can carry, that player is FEARLESS. That's someone not to be taken lightly.

Thank you for those who made it this far in reading this. I hope you all have a wonderful day. If you have further questions feel free to reply here, or DM me if I haven't responded yet.

May the Force be with You, Always.