400+ hours worth of feedback for DICE 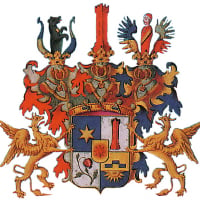 t3hBar0n
5001 posts Member
December 29, 2017 8:46PM
@T0TALfps
I recently passed 400 hours played in this game and as such I decided to compile what I think would be all the constructive feedback I can regarding the current state of the game. This is not meant to bash DICE, merely to provide them with feedback on issues I have had in my time in game. All of this feedback is based exclusively on my personal gameplay… which consists of only galactic assault mode and heavy trooper/hero gameplay. I have had to break this up into sections because according to the forum the "Body is 4016 characters too long." lol

Lag: Lag is much improved from previous patch, but still remains an issue at times, particularly in early game when players are still loading in. These leads to rubberbanding and is frustrating.
Team Balance: Games will frequently begin with one team vastly outnumbering the other team… it appears that the requisite players required to start a match is not team specific… so if you have 15 players on 1 team and 5 on another, that would trigger the game to start. This a large problem on maps like Takodana where if the attacking team outnumbers the defending team, they will take the first point quickly and the game is basically over then, even if the defending team eventually fills up. Please make it so each team has to have X number of players before the game can start.

Load Times: Load times for the game (and unloading back to main menu) remain very slow for some reason. This is particularly problematic between games as it can lead to you not loading in until the game is already underway, which again creates problems on maps where the original rush can determine the outcome of the game… also the long load times mean you may be force loaded with the wrong class or card setup.

Default Classes: Please allow us to select our own default class. I am tired of loading into a game (long load time) and being force loaded into an assault trooper who I then have to suicide in order to select the heavy class which is what I play.

Team Shuffle: Please re-instate (I think it was in game before) the team shuffle after each map. Right now a good team who is winning will keep stomping through games (and the players will stay because they are winning), while the losing team will keep losing players and refilling with new ones basically until the good team finally gets bored.

Matchmaking: Team shuffle/Team Balance should take into account the relative skill levels of the players in the game and make attempts to shift them from side to side so they are equally matched… this is not happening currently.
Statistic Tracking: Implement the standard analytics tracking which is found in other games of this genre.

Multiple load outs: Allow for multiple star card loadouts for each of the basic classes… for example when I pick heavy, I should have the ability to then select between a couple of different saved star card loadouts rather than having to manually go in and change my star cards when I want to switch from say anti-vehicle to anti-infantry… or if I am switching between assault and defense

Hero/Villain announcements: Bring back the little announcement in the top right corner when a hero/villain arrived… there would be a little box with say Darth Mauls head and he would say something over comms when he joined the battle… this was a cool feature which was removed for some reason.

Vehicles in GA (Armor & Aircraft): On maps where one team has vehicles and the other does not, those phases are incredibly difficult for the defenders if the vehicles users are in any way competent… good examples would be Crait and Kashyyyk and Naboo where one side gets tanks. I don’t think the problem is related to a lack of ability to kill vehicles, rather the incentive for defenders to kill vehicles is not good. I have loaded my heavy with an ion torpedo and supercharged sentry, snuck up on an at/st, done like 70% of his life in damage before he killed me, and then gotten like 200bp for my efforts. I don’t think vehicles need to be nerfed, and I don’t think anti vehicle weapons need to be buffed, rather I think the BP generated for attacking tanks/planes needs to be increased exponentially to make it more attractive for random players to attack them. Right now, if I attack a vehicle, I know I am going to probably die as it is easy for the vehicle to tell where it is being hit from, and they have basically unlimited range… and on top of that I’m barely going to get any points for attacking said vehicle… this leads to most players simply ignoring vehicles while trying to earn BP, and leads to vehicles just running amok. Increase the amount of BP generated for attacking vehicles/aircraft to say the levels you get for attacking exposed MTT’s, and I think that would balance them out nicely.

Heavy Class: I think the heavy class is pretty well balanced currently. I think ion turret needs to have its range against troopers significantly reduced (I am tired of getting locked on from 200+ meters away) and I wish there was an ion anti-vehicle version of the sentry ability available for specific anti-vehicle duty. I don’t have a problem with supercharged sentry (although many do) as it is easy to avoid and significantly limits your mobility while in use. There are also star cards for heavy which are completely worthless to upgrade IMO such as the improved impact grenade or brawler… the return on investment is just too small to ever be worth using them.

Rolling: The ability to immune force powers with roll needs to be fixed… simple as that. As far as rolling vs lightsaber swings, I’m fine with it as is (if you time your swings correctly, you can bait out the rolls and then smash the roller when it is on internal CD)… I wouldn’t be averse though to potentially increasing the internal CD for troopers after consecutive rolls by say 1 second (it feels like it is a 2 second delay currently)… I would leave hero/villains roll/dash internal CD’s alone.

Overtime Mechanics: I currently like the overtime/secure mechanics for the current GA game mode; however, I would like to see the traditional capture mechanics used in most battlefield games implemented for conquest mode.

Conquest Mode: Please make this happen with the traditional battlefield capture mechanics… would love it.

Customization: Implement extensive cosmetic loadout customization through the use of skins/models for players/weapons etc. These could be sold through both credits and crystals, with exclusive skins reserved for crystals only to generate revenue. I have in the past and will in the future pay extra for in game customization options (Queen of blades wings for my diablo char is a good example).

Map Selection/Server Browser: This is a tricky one because if there is indeed skill based matchmaking it would be difficult to implement; however, I would like the ability to filter/search the maps I want to play, and also the ability to select the servers I wish to play on.

Chat/Communication: We need the in game chat to function during the postgame screens, it is very annoying having the match end and the chat gets cut off. It would also be nice to have in game team enabled voice comms.

Squads: The current squad system needs work… being assigned into a random squad every time you die is not an ideal recipe for team play success. Bring back static squads and allow squad leaders to assign objectives which if you play them would generate extra BP.