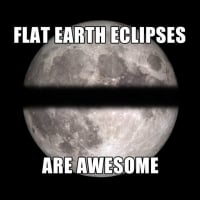 I personally have a couple of gripes, but I find this game mode to be fairly well balanced, especially when comparing it to Galactic Assault. As I said, I do have a couple of gripes and I think I'll start by mentioning the "looping" that goes on. It can be endless at times and it's often whoever breaks off first, dies first. I have a suggestion to fix this somewhat, but I'll talk about that at the end.

Hero ships - I find myself getting hounded as soon as I pick a hero ship. Especially an easily recognisable one such as the Millennium Falcon or Darth Maul's Scimitar. I find my best chance for survival as a hero is to pick one that isn't easily recognisable, such as Iden's TIE fighter or Luke Skywalkers/Poe Damerons X-Wing. Again, I will go through my suggestion at the end.

There is a lack of maps - I think there are only 5 Starfighter Assault maps? I understand that there must be some variation with the objectives, it must also be difficult to keep coming up with unique objectives but Galactic Assault has a few similar objectives on different maps(Naboo/Hoth for example). Perhaps create Starfighter Assault maps for each Galactic Assault map available and add a new game mode which incorporates both modes(This was on the original Battlefront 2 so maybe copyright issues?)

More ship classes - Possible enforcer class ships which require 1000battle points instead of 2k/3k like the heroes? You know, similar to enforcer units in Galactic Assault like the Wookie/Death trooper. You could always use the N-1 Starfighter from Naboo as the rebel enforcer class for example(I've no intention of discussing whether that would be canon or not, nor do I care). Maybe even use "recovered" ships from previous era's or even a variation of the LAAT.

This next suggestion is the one I said I'd talk about at the end, it will probably divide a lot of you, but I feel would resolve a lot of gameplay issue's. I personally wouldn't be against removing as much of the HUD as possible for Starfighter Assault. Things like the revenge markers, missile lock-on against you(just use the beeping sound), and the one what will probably get enormous no votes - remove the circle that shows you where to aim. I'm doing corkscrews, backflips, 90 degree turns and people are tracking those movements like an aimbot, I am doing the same to others too, it's way too easy to aim(in my opinion of course!)

I would like to go on record and state that Starfighter Assault is probably my favourite game mode. I also feel it's the one mode that needs the least amount of work done to it, it feels more polished and refined. Would like it added to Arcade too! ^_^
[Removed megathread tag]
Post edited by IronSoldier on November 2018
55