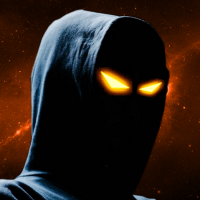 Elusive_DJ
3141 posts Member
January 30, 2018 11:36PM
This current iteration of Heroes versus Villains in Battlefront 2 isn't that good, but it isn't bad either.
I can have my moments with this hero blast esque mode, but it has problems.
I don't get the same sense of tactical gameplay as I did back in the old Dice Battlefront.
There isn't really any real strategy or value in teamwork, people just run in to their deaths until they respawn 10 seconds later.
You can basically just die all you want if your not the target without any real punishment other than weighing your team down. I also don't like how players can get split up easily and respawn at the other side of the map & they'd never be able to regroup because they keep getting ganged up on.

⦗Here's some more cool stuff that isn't really necessary, but it would make the mode's overall Star Wars atmosphere in a climactic situation of light vs dark all the more compelling.⦘

At the start of the match everyone will select their hero and a cut scene (much like the one found in this games current HvV) would follow straight after everyone locked in their favorite hero. Every other round straight after will cut straight into the action with no cutscene, as to not slow it down and keep it's pace.

Each era has there own unique announcer, for the clone wars it would be Commander Tach / Wullf Yularen (the clone announcer in this game) and the Super tactical droid General Kalani, Hux / Canady and Poe / Vice Admiral Holdo for the ST, and lastly Tarkin and Mon Mothma for the OT.

Just as an example for what the announcer could say, Tach would say cool stuff like "Alright listen up, our Jedi Generals have selected you and only you because you are the best, the last of what remains of the Separatist has been tracked down and located to this area, you've gotta stick together, and wipe them out one by one, good luck, and may the force be with us all."

The announcers would go on to say which player died each round, and will acknowledge if you are the last player left to kill on your team or the enemy's team.

Remastering HvV like this to fit into this game would be awesome.
I would really like the old HvV to come back, and even if none of my ideas make it into the mode (if it comes back) I'll just be glad we actually have it.
⦗ XBOX GT: EIusive DJ⦘~ "The Knights of Gareth are eternal..." ✔
\⧹If you happen to have ANY ideas for any hero you desire to have in Battlefront 2, Let me know in a DM!⧸/
How to make Every Hero Viable in Battlefront 2