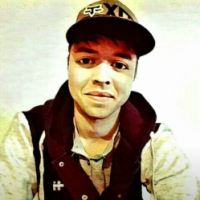 LolFactory9000
123 posts Member
March 27, 2018 11:51AM
Sup Boi's, Dad comin to you live from crunkville. I've deprived you all from my tumultuous, insightful, and straight of bangin' guides or too long now #skirtskirt, and figured it was time to make one on one of my all time favorite classes, the Aerial (Aka Thiccboi McRocketpants).

I feel it's important to let you all know ahead of time that I am currently taking one of the most massive dumps in recorded human history, so if there are spelling errors it's probably because I have my eyes closed at certain parts. So now that we're clear on that, let's get rihsjdt into it.

As most of you know there are currently 5 types of the Aerial class, the Clones, the Droids, the Rebels old/new, and the first order Honestly, I feel that this legendary is only going to be for the first 4. Because let's get real, the Empire variant just isn't OG rated or approved by Dad, and as far as weapons go just doesn't have the ttk, the dps, or the accuracy of its far superior counterparts.

I've put together a build that I'm sure every single one of you will regard as #Slappin, use this loadout if you not only want to roflstomp your opponent, but crush their very spirit as well.

Aerial training: I cannot count the amount of times this has saved me from the pesky janitors who try and mop up an easy kill after watching Papa PhatStacks drop one of their teammates like a sack of potatoes. It allows you to easily take on 2+ opponents whilst at the same time glancing down at your chain to make sure it's on fleek for those watching your lit af stream. That extra health is the first card you need if you ever planning on tapping into the full potential of #JustAerialThings. Wow, 2EZ, moar pls papa.

Improved Jetpack: This card pretty much speaks for itself, not using this card means far less 420/720/Heelflip gainer/inverted air/rocket launcher NoScopez. And we can't be having that. Furthermore, it is the Aerials most important ability, and one of the only things that will get you away (usually) from Darth Vader's 487 foot lunge hitbox. So having This ability available as much as possible is key. This card is a no debate must have if you plan on thuggin like there's no tomorrow on this game. #streetcred4lyfe

Battle Hardened: This card is also extremely important for flexin on scrubs, some of them won't go down without a bit of a fight. So naturally you want to have as much health as possible to ensure that your ballin killstreak stays alive. Equip this card to effortlessly Swiss cheese countless bumbling heavies under the influence of improved battle command (or has his blue cereal bowl flashed up) evrytiem. Lolz have fun staring at the spawn timer scrub. EZ

Now I'm sure that there are plenty of guides out there that will offer you plenty of advice on how to succeed with the Aerial trooper, allow me to clear everything up for you by stating that, After you climb the mountain of guides and finally ascend to the top where the real truth is present, You'll find that Dad was sitting up there all along, crumpin' the day away. So pls don't waste your time, this is where you want to be.

In short order form, the best way to humbly describe my playstyle is "An alpha male lion with the fury of a thousand suns". And if you want that to apply to you, keep reading son, dad's about to drop some knowledge.

Firstly, this whole "bruh plai taktical", or "bri bri i am likez teh navy sealz when I plai, an I ken chek mai corners really gud" or the "luk hao I ken smell mai own [email protected]" viewpoint can be thrown right out the window. Lol pls, The only things that need to be "checked" is that players attitude, and the enemies drawers when I drop in on them from above like the death star dropped in on Alderaan.

With the exception of the EL-16 Rebel aerial (who is a beast at mid range), the name of the game for Aerials is flanking. You are to be the reason why people say "gee whiz i sur wish i had checkeded dat korner becuz I jus got mai tookus blown off". You're to be that one guy that the whole team starts raging at because they're getting roflstomped 3 steps past their spawn. The beauty of being the Aerial is that there is almost always spots in every stage that you can dive domb those poor saps from up high like Ezio diving into a bale of hay. You have baller af mobility, so don't ever let one of those raging boi's find you crumpin' in the same spot twice.

Another thing that I cannot stress enough is #Headshotz. I know that most of you are aware that you should make it a point to go for headshots, but with the Aerials weapons, it is a truly monumental difference. This is the very reason why I feel that the Battle droid is by far the best Aerial in the game (better than some hero's even). I am not exaggerating when I say it is #EZ to absolutely curbstomp an entire squad just running out of their spawn if you focus on sniping their teeth out. It happens so much that usually I have to back out after a few games because my Ps4 is bogged down by so many "Papa pls, I can't handle ur Litty Schmittyness" messages.

All of the weapons (except for the first order Aerial) when accompanied by the Aerials health pool are brutal upgrades of their infantry counter parts, do not be afraid to get right up in solo opponent's faces, your weapon will send them to RIPville faster than they can say lagswitch. 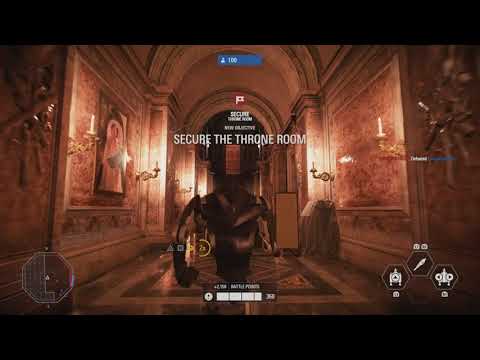 Here is a small sample of what the Battle droid is capable of. I wanted to post streaks with each Aerial variant but dad's too busy being a legend IRL to sift though dank footage atm.

If you have viewed this guide and have managed to still die in game, there are a handful of possible problems you may still need to fix:

2: Your snapback is being worn at a slight angle, straighten that up son and start collecting dat cred.

3: You don't have a snapback. Fix that Asap or this whole guide is worthless for you.

4: Your Bugatti sticker fell off your gaming chair, hate it when that happens. Will 100% affect your gameplay.

Hope this guide helped, I'd like to gather more footage and post more in depth guides. Unfortunately this is all my toilet time would allow. Stay tuned for more #skrilla guides.

Feel free to add me on PSN if you're bored. Just send a request with a "Papa pls" message attached and I'll know you're the real deal.