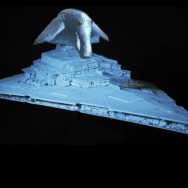 ARC trooper and Droideka. Could be a clone wars exclusive class because I have no idea for rebels,empire,first order, or Resistance.

Clone commando,commando droid,Rebel commando,dark trooper. I have no idea for first order or Resistance because the sequels haven’t given us much to go on yet.

Other classes I don’t have anything for: Pilot,spy.

Don’t have any ideas for health,abilities, or cost. Tell me what you think!
I finally rest. And watch the sun set on an offline universe.
8