What Star Wars actors have you met? 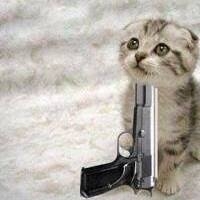 Ravogd
162 posts Member
April 29, 2018 9:43AM
I’m interested to hear stories of people meeting actors from the greatest movie franchise of all time. I have met so many and have some great memories. Highlights include a great chat with the original Chewbacca Peter Mayhew and I had dinner recently in the company of Julian Glover (General Veers from Empire). My favourite was the late Kenny Baker (R2-D2) who was an incredibly funny and generous man despite being nearly 80 and quite infirm when I met him. Never met any of the “big three” though and obviously now Carrie’s sadly gone that’ll never happen. Billy Dee Williams (Lando) was also brilliant fun and Palpatine himself comes from a small town in Scotland 12 miles away from where I came from so Ian McDairmid informed me which was a great thrill. Who have you met?
0