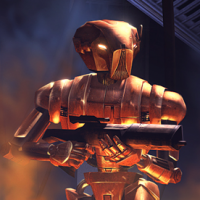 That's right! If you are connecting to this IP, and you live in the U.S., you are being connected to a Europe server (data center or something most likely) before being sent back here to the U.S. That's assuming that I'm being sent back to the U.S.

I'm having worse lag then most because the IP 172.20.211.198 is having massive issues, it's the first IP in the route, and that's a private IP so there's nothing I can do. There is no ISP to call, I already called my cellular provider, and they said that it's all the game, which I already knew.

I cannot play like this. This is the only IP I'm connecting to. Whether it's the game server, which I am confident it's not, being routed there is really really really bad.

I'm not the only one being routed there. Many others are being routed to 159.153.38.49. This can be found with Windows Resource Monitor. Everyone being routed to this IP, are experiencing the intense amount of lag. Unplayable lag.
"So long as you continue to be so predictable I need not face you at all. You are your own worst enemy".- Tassadar

Did someone beat you in the game fairly and you're upset? Was it not bugged or due to lag or a hack and it made you cry? Then please fill out this form and follow it's instructions for sending to the appropriate people.
Post edited by rebuiltHK47 on June 2018
3