Bringing back "dis-likes" to the forum? 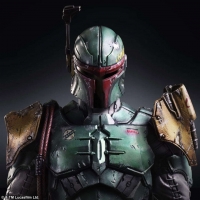 Jhereg_Faux
332 posts Member
May 21, 2018 4:25PM
Why was it removed in the 1st place?
I feel like most people don't like to voice their opinions due to the personal insults and belittling that can happen on here. So why not bring back a way for the silent majority to participate with out having to be put in a position of being ridiculed?
I thought it was an excellent metric for the true communities thoughts.

What do you think?
3