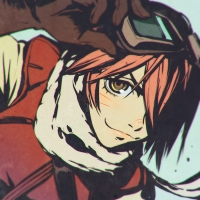 Midichlorian
1409 posts Member
May 25, 2018 2:40AM edited May 2018
Loved this film so much. Can't make a detailed post right now but upon first viewimg it is better than The Last Jedi!
Did not expect to see Darth Maul, I heard rumors but dismissed them. So from aftwr TCW he is a powerful crime lord but in Rebels it looks like he lost it all. I am guessing Palpatine came around to take it all from him but left him alive to suffer.
2