Where Are The Infantry Skins? 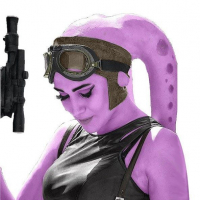 BucksawBoushh
5930 posts Member
June 6, 2018 4:27PM
S2P2 reveal dropped this morning, and no surprises there. I'm excited for Extraction (hopefully it soon gets more maps) and Kessel looks pretty Crait. Whoops, I meant great. It looks great. Yes, the hero skins look fantastic, but without being able to use them as we please and as they were intended, we're basically just collecting them for a Skin Diorama. You guys need to sort that out.

But anyways, back on topic. Real talk. Not one infantry skin based off of SOLO? Range Trooper? Mud Trooper? Patrol Trooper? Mimban Stormtrooper?

Now, SOLO aside, I still need to ask, where are all of the infantry skins? I get that the Clone skins have been held back for our inevitable PT Season, but is this all we get for the other factions? I, along with I'm sure many others, spend the majority of my time playing as infantry. We need more infantry skins.

Sullustan? Is he being held back simply because he's heavily requested? He's in the game. We've seen him pop up on spawn screens. Ishi Tib? I'm sure that's not a straight copy and paste port over type situ, but the model being done for BF15 has to make the process easier. Bring him over. How about a Gran? 3 colour variations of the Mon Calamari? How about simply changing the colour of our beloved Twi'lek? Green, orange, pink, purple, white etcetera. BOOM! There are 5 new Epic skins all based on one character model.

I've heard whispers that the Shadowtrooper is being phased out as Canon, but what about the Shock Trooper? Death Star Trooper? Various Imperial Officer rankings? Again, some of these can be as simple as colour changes to their attire. Rebel Pilots? ATAT Drivers? TIE Pilots? Death Star Gunners?

Man, just toss a different hat on a Resistance fighter and people will buy it.
PSN: BucksawBoushh
17