Should LucasFilm have new leadership? 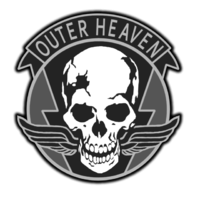 Wing02k6
56 posts Member
June 26, 2018 1:02AM edited June 2018
I have been hearing major news on youtube and all that Disney's CEO Bob Iger intends to possibly take action against Kathleen Kennedy and anyone who is loyal to her by firing them.

Heres what fans have been annoyed of for quite sometime from what has been told but dont take my words for it.

1. Lots of unnecessary political appeal. There was a lot of evidence of that in Solo, The Last Jedi, and of course Rogue One. I will let you all figure that out for yourselves.

2. Massive amounts of merchandise spamming/selling. Noticed a high volume of that and you think that's a bit out of control?

3. Controversy from the last Star Wars Celebration event when they announced Battlefront 2. One of the people asked a specific question to a huge audience which rubbed a lot of fans and people the wrong way and it has sparked a huge problem since. You can see it in Battlefront 2's story mode and its protagonist and you can figure the rest out for yourselves.

4. The lengths in them replacing Directors. Ron Howard had replace the last director and redirect over 80% of the Solo Movie. TBH he did well salvaging the movie despite the circumstances he was put in and He too is a Star Wars fan. He did not like the direction that Kennedy has been taking it to thus far.

I could go on but I like to see what the fans here on the forums think.

IMO she should get fired. She failed George Lucas and lied to him which is a stab in the back for fans.

Note: Keep it civil and friendly please. We all care about Star Wars right? lets keep it that way.