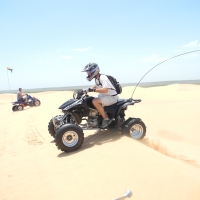 Bactabomber
56 posts Member
July 12, 2018 1:45PM
Honestly, I'm enjoying the absence of 2x multiplier and Palps in GA. I feel like no 2x allows for more infantry-only time before the heroes show up and that's a good thing. I had an odd match the other night on Takodana that opened my eyes to the impact. I like officer on Takodana and use IBC+OP but I don't use BH because racing to the hero isn't my thing. It's not unusual to see Resistance dominate phase 1 but what was unusual was how well I personally was doing. I had over 20 kills plus a few assists and only a couple deaths and finished way ahead of everyone else in the match on points and eliminations. Here's where the revelation came: I didn't get to 6k battle points before the match ended. Not one hero appeared and I recall hearing ATST but never saw them (likely due to a teammate with Ion Torpedo). Getting Rey or Luke out was only going to increase the misery of the overmatched FO team.

Now regarding Palps... I've hated him since launch. I don't play as him, I don't want to play against him, and getting the final blow on him is cause for celebration. I find GA to be much more relaxed without him and am not looking forward to his return. The only comparable hatred I have in this game is the "Losers In Underpriced Vehicles" running people over on Starkiller but at least they don't last long.