Carrie Fisher will return as Leia in ep. IX! 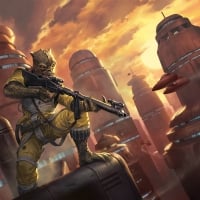 Prof_Moriarty
1366 posts Member
July 27, 2018 9:17PM
Yep, looks like it. Using previously unreleased footage from TFA they will give the character a worthy ending:

“We desperately loved Carrie Fisher. Finding a truly satisfying conclusion to the Skywalker saga without her eluded us. We were never going to recast, or use a CG character. With the support and blessing from her daughter, Billie, we have found a way to honor Carrie’s legacy and role as Leia in Episode IX by using unseen footage we shot together in Episode VII.” - J. J. Abrams

Other than that it looks like we will once again see Luke Skywalker and Lando Calrissian since both Mark Hamill and Billy Dee Williams joins the cast.