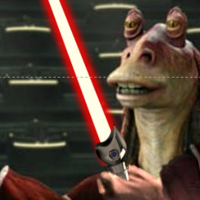 Darth_darth_binks
73 posts Member
August 20, 2018 1:29AM edited August 2018
Then by means of some tables I will expose my ideas.
The first row of the table shows the soldier by default of each class, the rows below correspond to skins, or examples of skins.
The class that I invent called captain, is a hybrid between the classes: heavy, assault and official, in gamplay. But with skills dedicated to teamwork, allowing his allies of his squad, respawn with him.
The guards fulfill their previous role they fulfilled in battlefront 2015
The Special Squads are obtained thanks to squad points, for this, I propose battlefield 1 type squads
CIS
Default 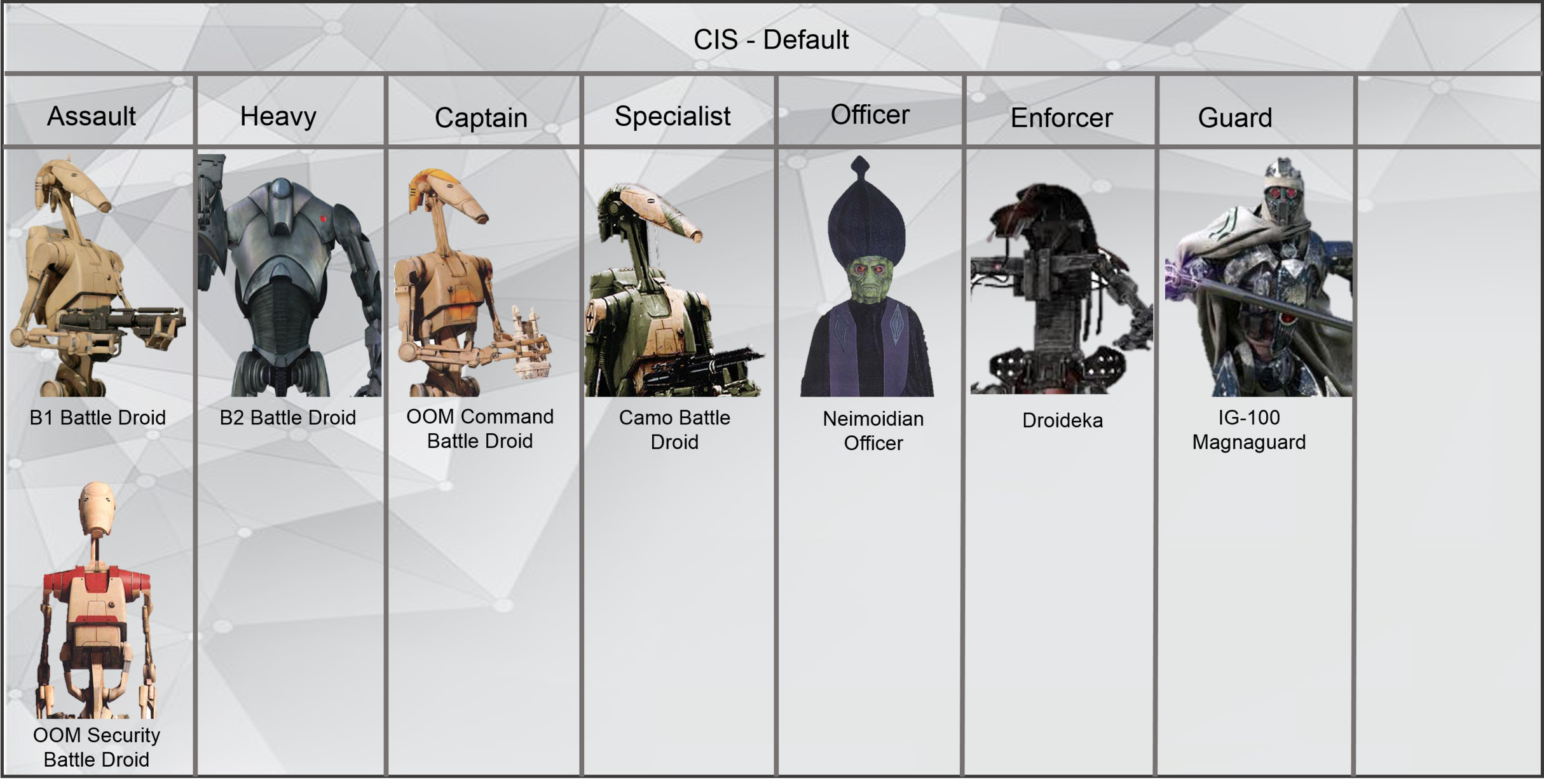 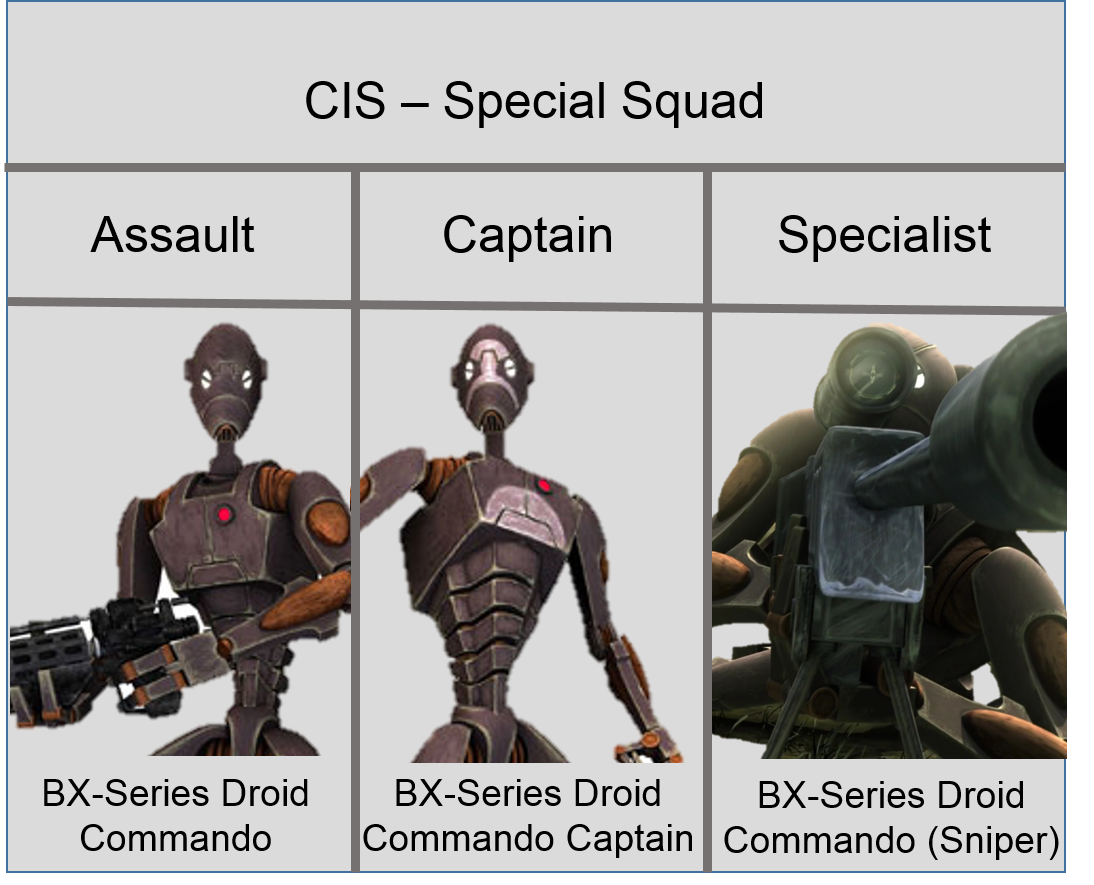 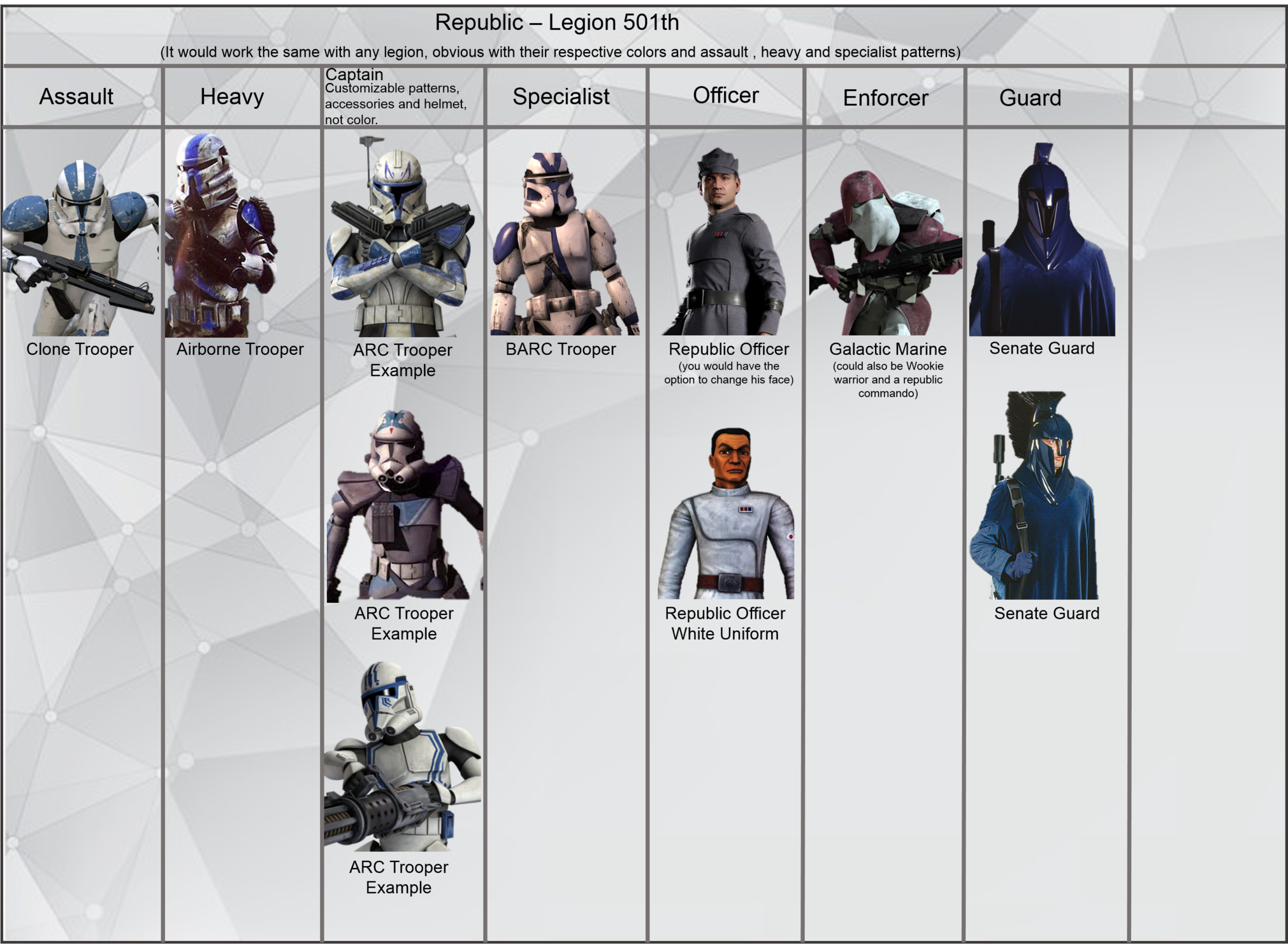 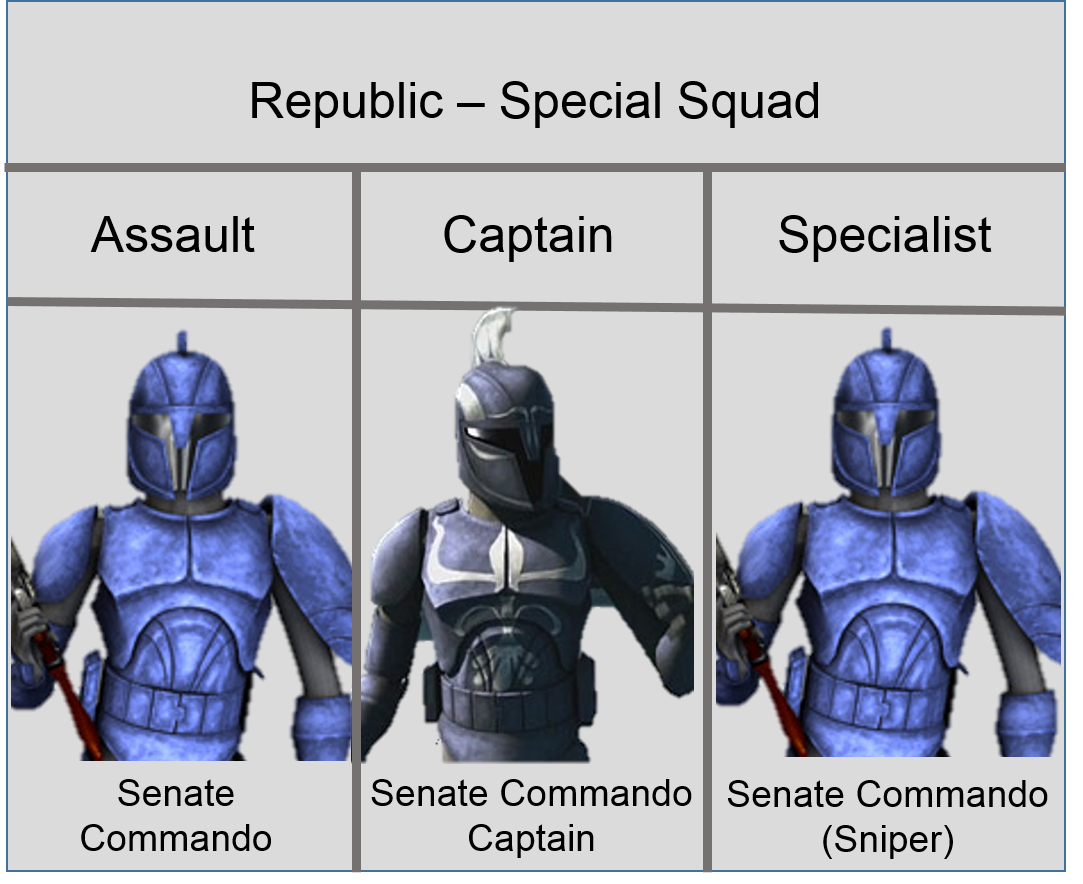 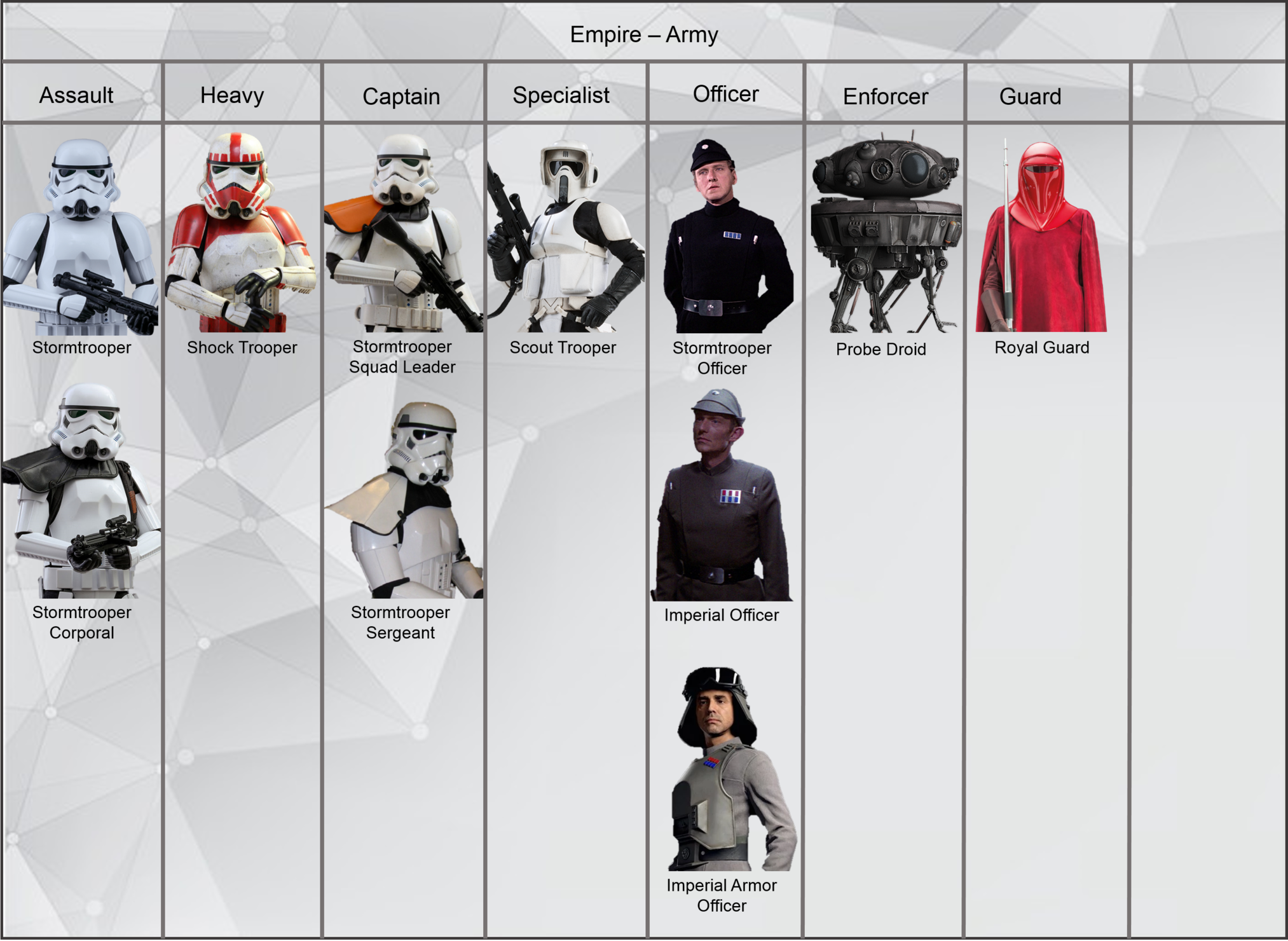 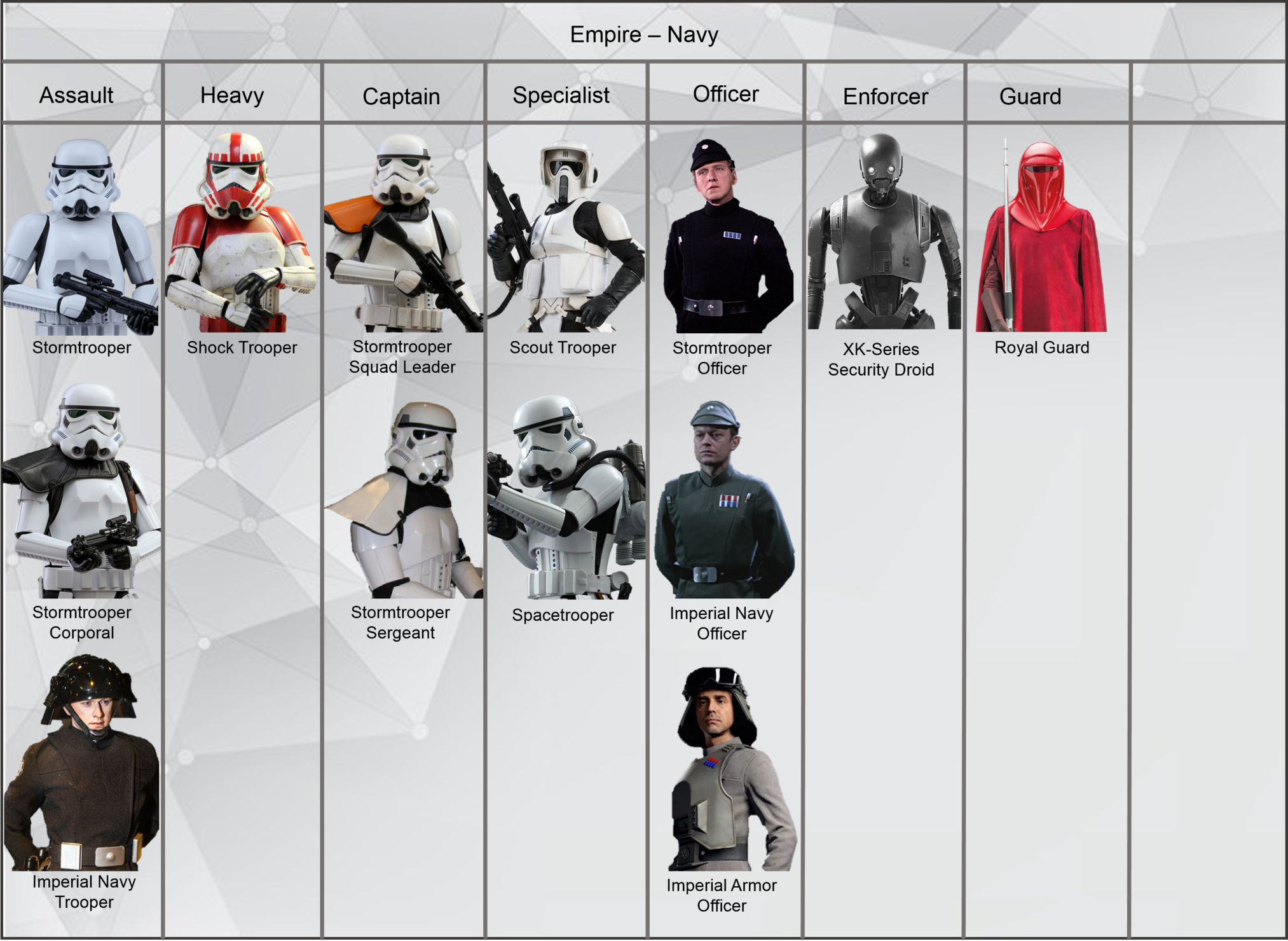 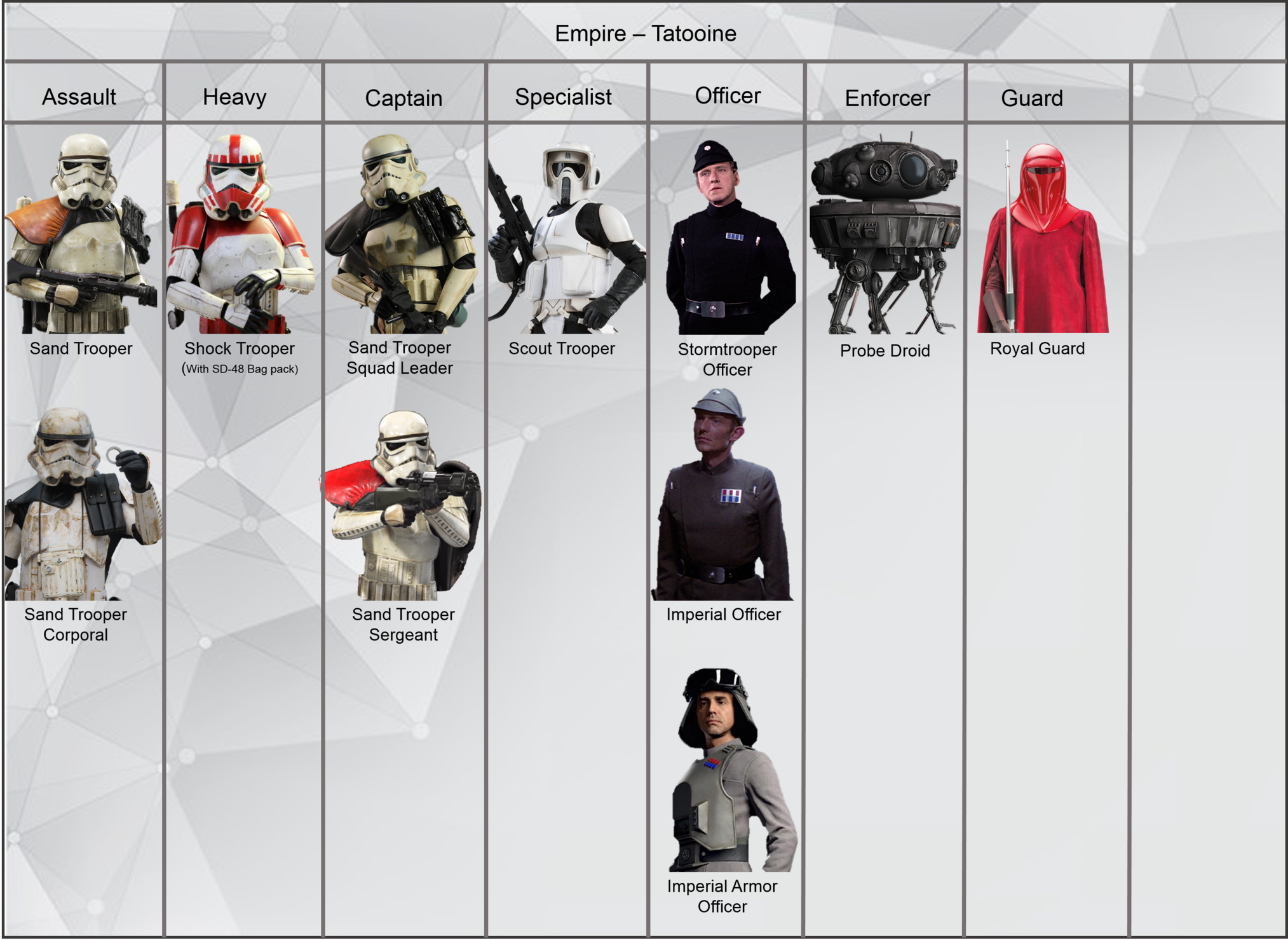 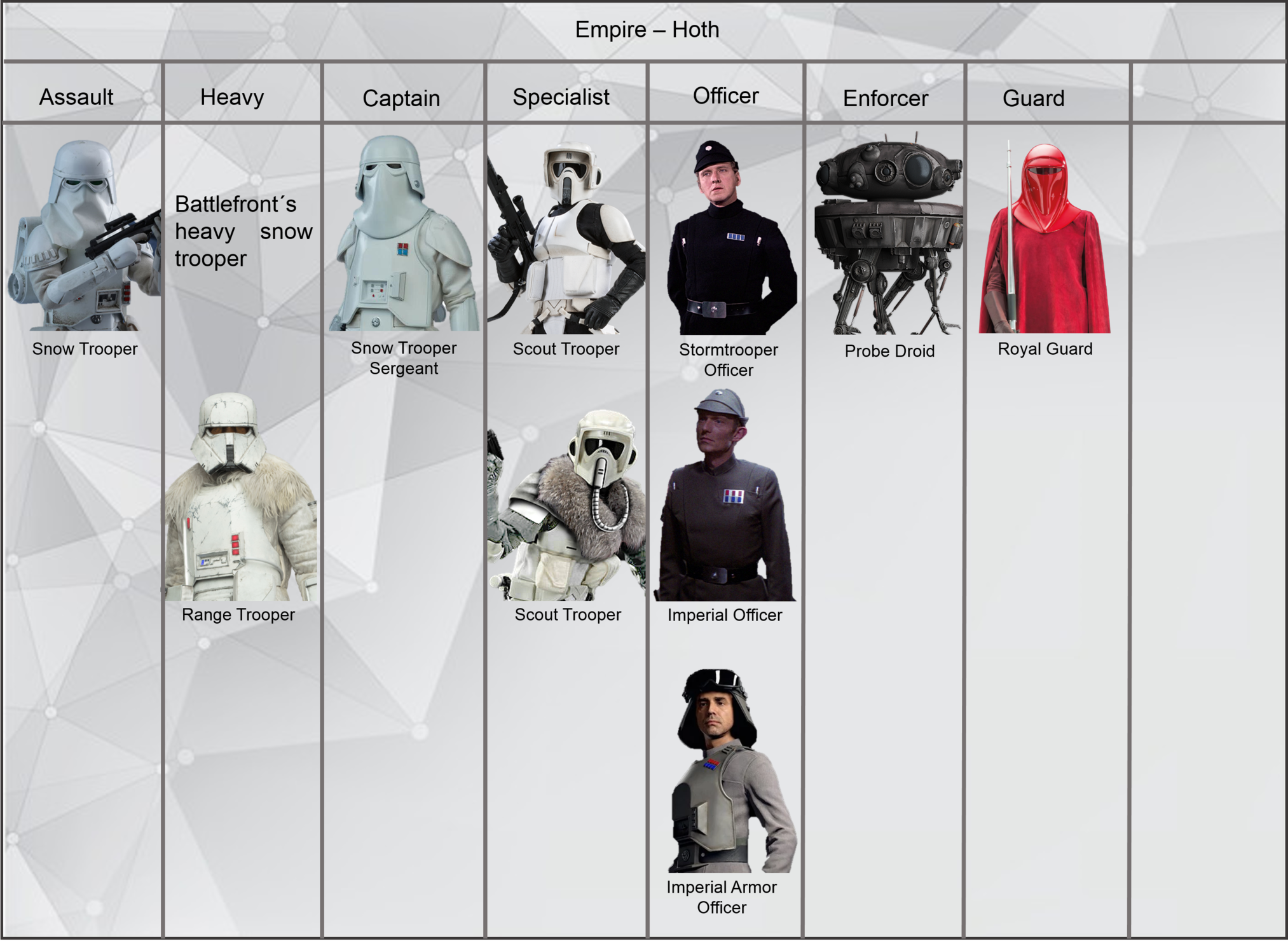 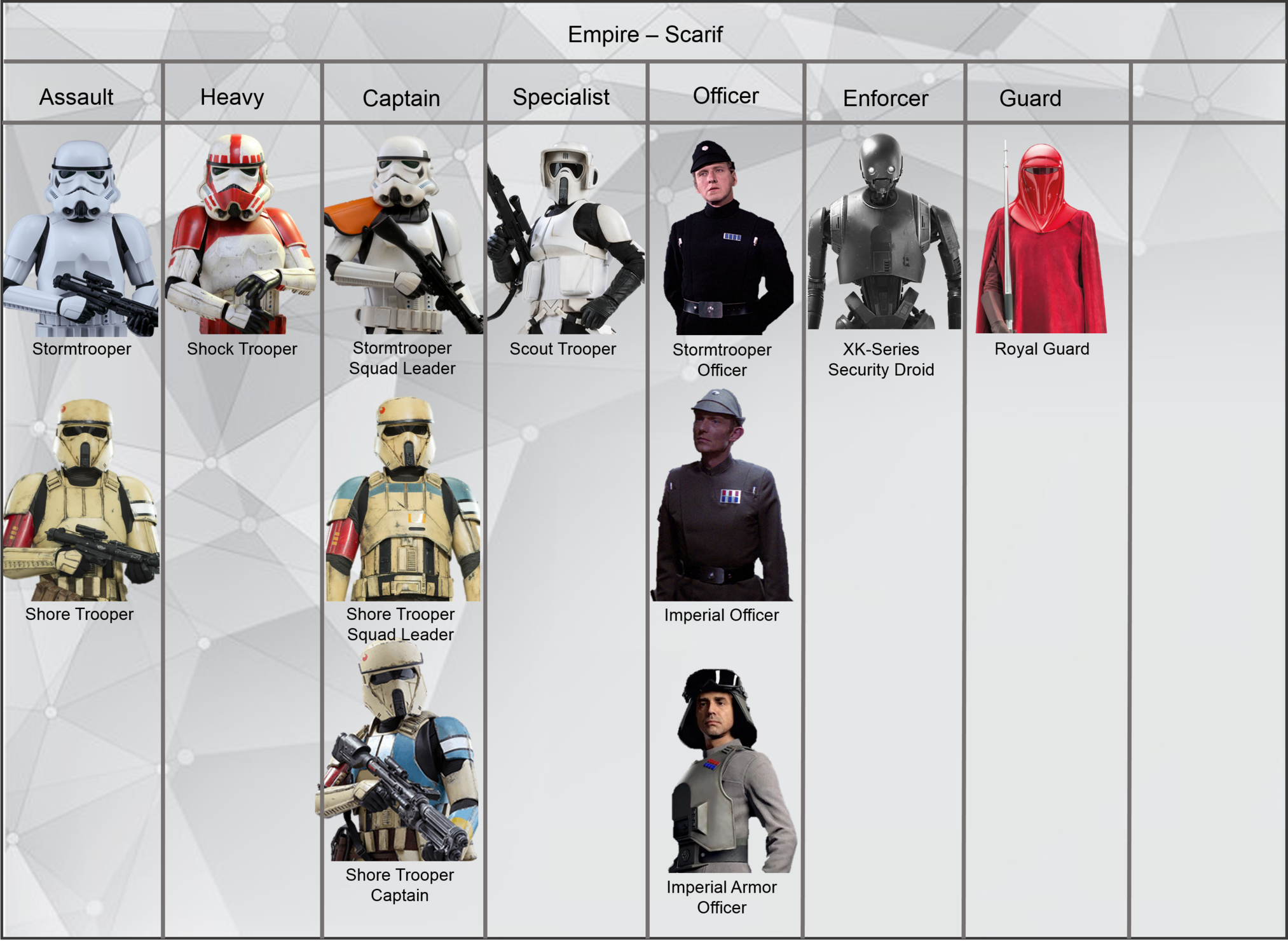 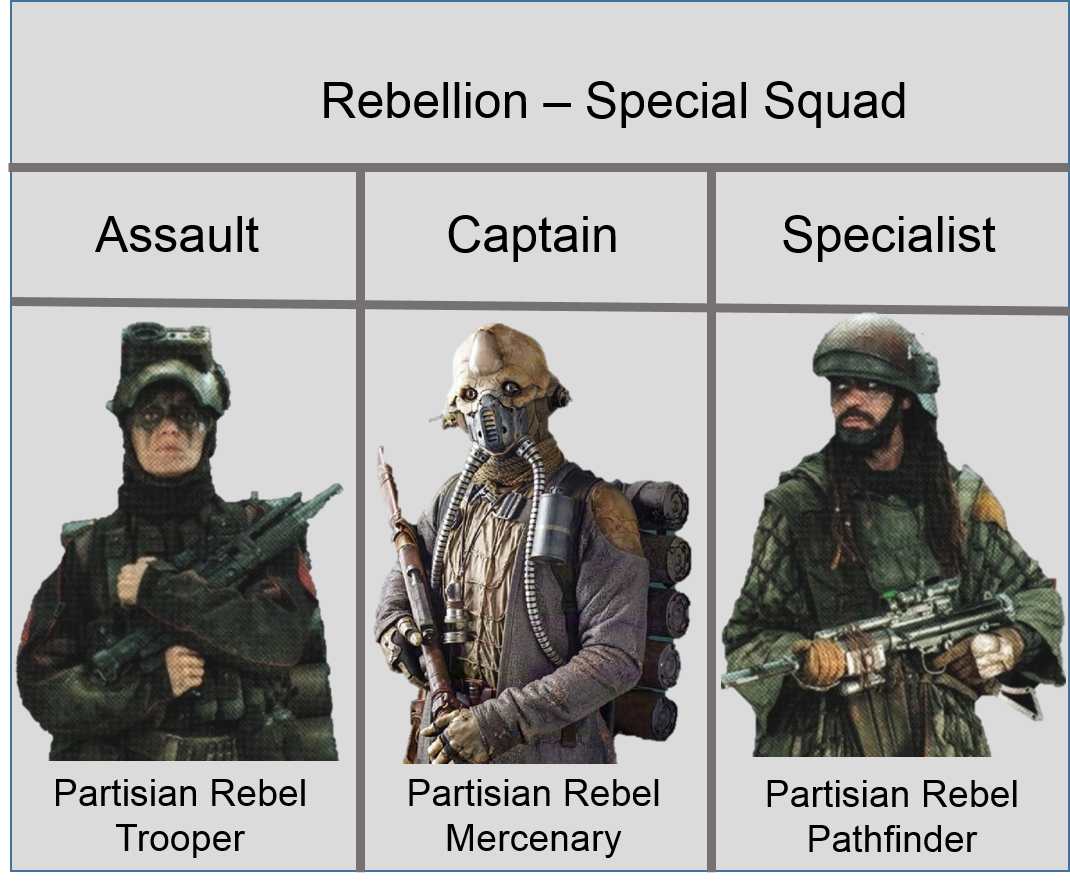 I hope you liked it, and keep giving me ideas to continue improving it