Updated Tactics for Hope Cannot Save Them: Tier III 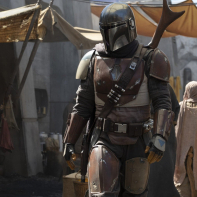 My original method for completing the Hope Cannot Save Them: Tier III arcade level following the Patch 1.2 update (video here) was not always working. This is perhaps due to the AI (and/or their specific spawn locations) being slightly modified during the Solo Season June 12 Patch. Changes were made to some of the arcade settings, although general improvements/modifications for the AI were not specifically mentioned in the official patch notes.

In this video, I've slightly modified my original method by drawing the attention of the initial spawn wave (which initially takes place within the X-Wing hangars), and allowing them to surround me in the tunnel. After eliminating this first 5-6 enemies (prioritize Snipers as they are apparently expert marksmen at Tier III), move on with an aggressive approach into the corridor between the Hangars. From here, circle in-and-out weaving around the doorways using your enemy radar to guide your aggressive take down. After about 10 total kills or so, the enemy will begin a more aggressive approach, especially if you keep on the move (they will attempt to again flank your rear, so if you are constantly moving you should be able to intercept spawn groups and gain several seconds of time within 1-2 seconds of battle). This is when you can switch to more of a balance between attack and defending, with the final 10 kills or so shifting you to a more defensive stand due to spawn clumps approaching your location.