We're almost into November so that means we're back within another Community Calendar. November is going to be a great month with lots of stuff happening, headlined by the Battle of Geonosis update on November 28th.

FAST SPAWN EVENT BLAST / STRIKE: NOV 9TH - 11TH
We're adding the squad spawn feature to both Blast and Strike game modes. This will reduce the squad spawn timer to 0 for the duration of this weekend.

HEROES UNLEASHED BATTLE POINT EVENT: NOV 16TH - NOV 18TH
Heroes are being unleashed in Galactic Assault once again. During this weekend event, heroes can be unlocked for 75% off their normal Battle Point cost, with up to 8 per side playing simultaneously.

GEONOSIS PLAYLIST: NOV 28TH - NOV 29TH
Galactic Assault will feature a a Geonosis only playlist for the first 2 days after release in a proper Battle of Geonosis marathon.

DOUBLE EXP EVENT: NOV 30TH - DEC 2ND
We celebrate the release of Geonosis, Obi-Wan Kenobi and the 212th Attack Battalion by having a Double Experience weekend the weekend after they release.

TALKING POINTS
We've got a few things to talk about this month, with 4 Community Transmissions currently planned.

You can expect us to go into detail on the following: 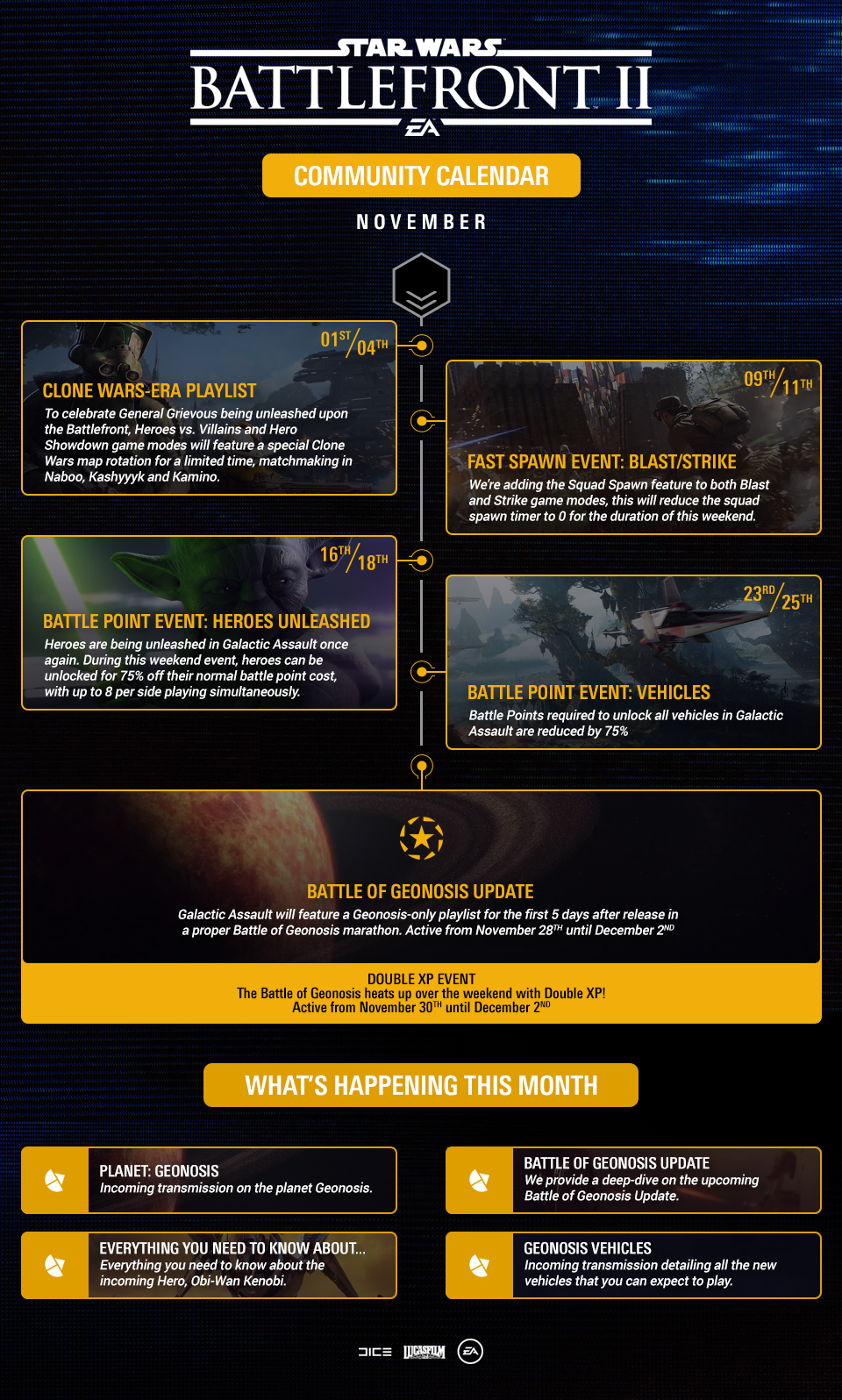 November is shaping up to be one of our most exciting months yet. We'll be seeing you on the Battlefront, can't miss us - we'll be the ones playing the objective.
Post edited by EA_Ataashi on November 2018
33