Who Do You Think is the Strongest Character in Star Wars Canon? 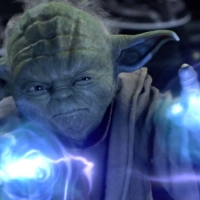 MyLittleGreenFriend
3564 posts Member
November 16, 2018 1:41AM
This is a topic i've wanted to discuss for a while. Which character do you think is the strongest in the canon? I am going to go for Yoda myself. I have always held the belief that Yoda would have beaten Sidious in ROTS had he not been sent flying. I think that TLJ Luke could be the strongest, but we haven't seen enough of him yet. Yoda also lifted up an entire mountain in Yoda's secret war, and showed powers of teleportation and weather control in TLJ. The canon has not been kind to Palpatine so far, in the EU he could transfer himself into another body so he wouldn't die. Sidious has gotten some pretty serious nerfs in canon (shame they couldn't nerf him that well in the game) and Yoda is one of the only characters who isn't really worse in canon. What do you guys think?