Heroes are no longer the priority. Add content for troopers. 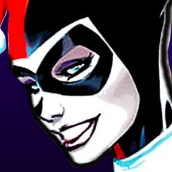 No more heroes after Anakin. Not for a while, at least. Trooper gameplay needs to be revitalized, and content needs to be rounded out. Heroes will have received 4 new additions as of February. At the rate content is being delivered, if the focus for 2019 is another set of heroes then infantry players will have been kicked to the curb AGAIN.
NECESSARY:
- Unlock the faction restriction for all of the default blasters. Cross era weapons are already a thing, there is no point in maintaining a faction correlation only for the defaults. This is an easy way to "add" plenty of blasters without too much effort. Even if they are different only cosmetically it will still create the illusion of more choice.
- NEW weapons, maybe including cross-class weapons as well, (think PDWs in battlefield)
- More trooper equipment/abilities
- More trooper customization (Look around, plenty of threads)
- A true troopers only mode. NO, none of the modes so far are trooper modes so long as they have tiered units (enforcers/aerials). Cargo has potential, but whatever the mode is, the options should be Assault, Heavy, Officer, or Specialist. Nothing else.
_____________________________________________________________________________________________________________________
ANOTHER THING TO CONSIDER:
How you have fun playing this game is subjective, but there are ways in which the content above is OBJECTIVELY better than a single hero per month. You don't need to race with other players to be the first to use a weapon, trooper ability, or a trooper skin, like you do with a hero (whether farming BP in GA or scrolling across the HvV selection menu). You don't need to hope to be on the right team in the first place either (except for skins). People won't leave games en masse because they weren't quick enough to get to try the new content like they do in HvV.

After trooper content is accounted for the logical next step would be to add maps, but we'll see if the herolords can tolerate not having Ahsoka or Padme or whoever.