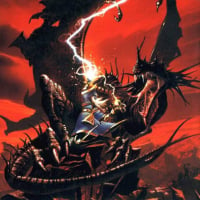 AVGN
508 posts Member
January 8, 2019 2:50AM
So broken... so bad. Can't block, unreliable abilities, abilities that barely harm the enemy and leave him open to damage. No combo potential at all. Who thought that allowing people to just roll through his Rush was a good idea? They get staggered, you see sparks, but no damage thanks to those lovely i-frames. Worst Rush ability in the game, worst Push in the game, worst Mind Trick and the most unreliable block... worst lightsaber hero in the game.

I really don't remind him being that bad before the December uptade, and i already had him maxed out by then.

The only way i see him being of any use is if they make him able to use all of his abilities while running/jumping.

I must say, i really fear for Dooku and hope they can do Christopher Lee some justice.

+ 1 suggestion: Restrictive Mind Trick should disable all abilities, attacking/shooting and blocking, but not dodging. It is one way to make up for the horrendously long animation.

And this is just my opinion, but even as Obi-Wan, i still think lightsaber deflection sucks against any thing other than regular Sentries and the CR-2 (high ROF weapons in general).
Beta tester for STAR WARS™ Bugfront 2™.

What were they thinking?
4