I now get why Officer is popular 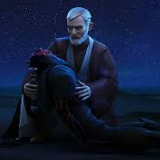 Lately I’ve been on a jet trooper kick. Just to spawn my teammates in Blast to ridiculous places.

Going between the two it became apparent that the aerial has serious lag issues. Many times I’m pressing the trigger and nothing is happening while I’m getting melted. The response curve from running or flying to the weapon being available is GARBAGE. Going back to Officer I can run, jump, roll, etc and start firing right away. Crisp. Not mushy.

Subconsciously, lots of people play Officer not for the points or the weapons, they play because it’s not frustrating. A controller or game that is programmed to be slower than your responses is painful to play.

This is also a secret buff aerial thread. The lag from motion to weapon is atrocious.
Find me in Blast, CO-OP, CS, usually playing Officer/Specialist/Aerial... u/n cosworth99. #nt242headshots #oldguy
Add me (xbox Oregon server) if you like
2