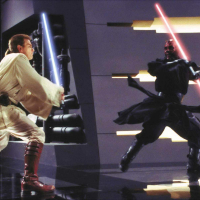 natenrb9
73 posts Member
February 13, 2019 4:29AM
A saber hero against a good palps is dead in the water. Mostly referring to GA, in HvV you can use good teamwork to counter him.

First you can never fully block his lightning, seems like you still take some damage no matter what.
Second your blocking stamina always wears out before his lightning attack stamina.
Third you can’t run away even because he has his quick spin dodge and crazy high jumps to easily follow you.
Fourth, on top of all of this, he has his lightning stun to easily wreck you when he has drained your stamina with all of his lightning.

Really it is just stupid. Not saying nerf palpatine, I’m saying saber heroes just need to be able to block his lightning better.
5