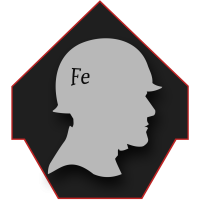 IronSoldier
3967 postsModerator › SWBF Senior Moderator
February 27, 2019 5:05PM edited February 2019
This is a thread for all Anakin feedback. From retribution to sand.. it's our boy Ani and it belongs here.

To give the best feedback explaining what the issue is and what you would like to see done would be ideal.

For example... The radius of retribution is too high. I would like it reduced by a couple of metres.
Post edited by IronSoldier on February 2019
10