The downfall of battlefront 2 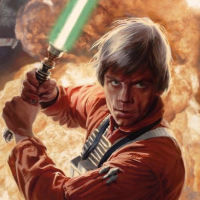 Starwarsfanboosk_com
1281 posts Member
March 16, 2019 11:04PM
Ok... trying to repost this for the third time after being taken down for no reason

Unfortunately this community(reddit mostly) is made of underaged childreen(this is not to be interpreted in a derogatory way) that do not care about basic balance principles and what makes a video game entertaining and with high replayability.

This comunity thinks a character should be downrigth better by design than other characters, due to juvenil bias towards a character (Looking at you broken one), which essentially makes the game LESS FUN for all other 20 players that are simply seeking a fun balanced experience.

This community prefers to get 4 very similar (Obi wan and Anakin's abilities have been in the game since launch through other heroes) lightsaber heroes from a single era instead of equally dividing that content towards all aspects and eras of the game.

in 15 months we've had 1 large map, 0 Weapons, 0 Empire, First order and Luke skins and the devs think its best to focus on hero characters that add close to no replayability and 15 different clone paint jobs because MuH LiGhTsAbEr and MuH cLoAn TrOoPeRs

We've had the guy that used to work on weapons for the first game, make over 15 different paint jobs for a single faction in this game, see ridiculous that sounds? we've been prived of weapons due to that worktime being put on PAINT JOBS that you use 1/6 of your matches.

And the developers, foolishly alienate this part of this community.

I'm sincerely worried about the state of this franchise, @F8RGE @EA_Charlemagne , I wish nothing but the best for it, I love star wars, all I want is to have a fun star wars experience that makes me excited to play when I get back home and excited to what the next content drop might be.

But if you keep alienating this vocal part of this game's playerbase, this part of the community will unfortunately undermine the potential this game ever had.
40