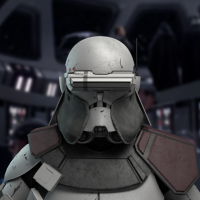 MajesticAndHolyWade
297 posts Member
March 30, 2019 2:23AM
Most people dream of winning the lottery, or finding fame. I, however… dream of waking up to this:

With the overwhelming success of Geonosis, we are proud to announce our next two maps coming to Battlefront II: Mygeeto and Cato Neimoidia, inspired by their appearances in Star Wars Episode III: Revenge of the Sith.

Mygeeto will be added to Battlefront II this July and will be playable in Galactic assault, Capital Supremacy, Extraction, strike, and Blast. It will feature two new playable vehicles, a new artillery unit, and four new default-planet skins: the 21st Nova Corps. Although you probably know them by their more common name, the Galactic Marines. 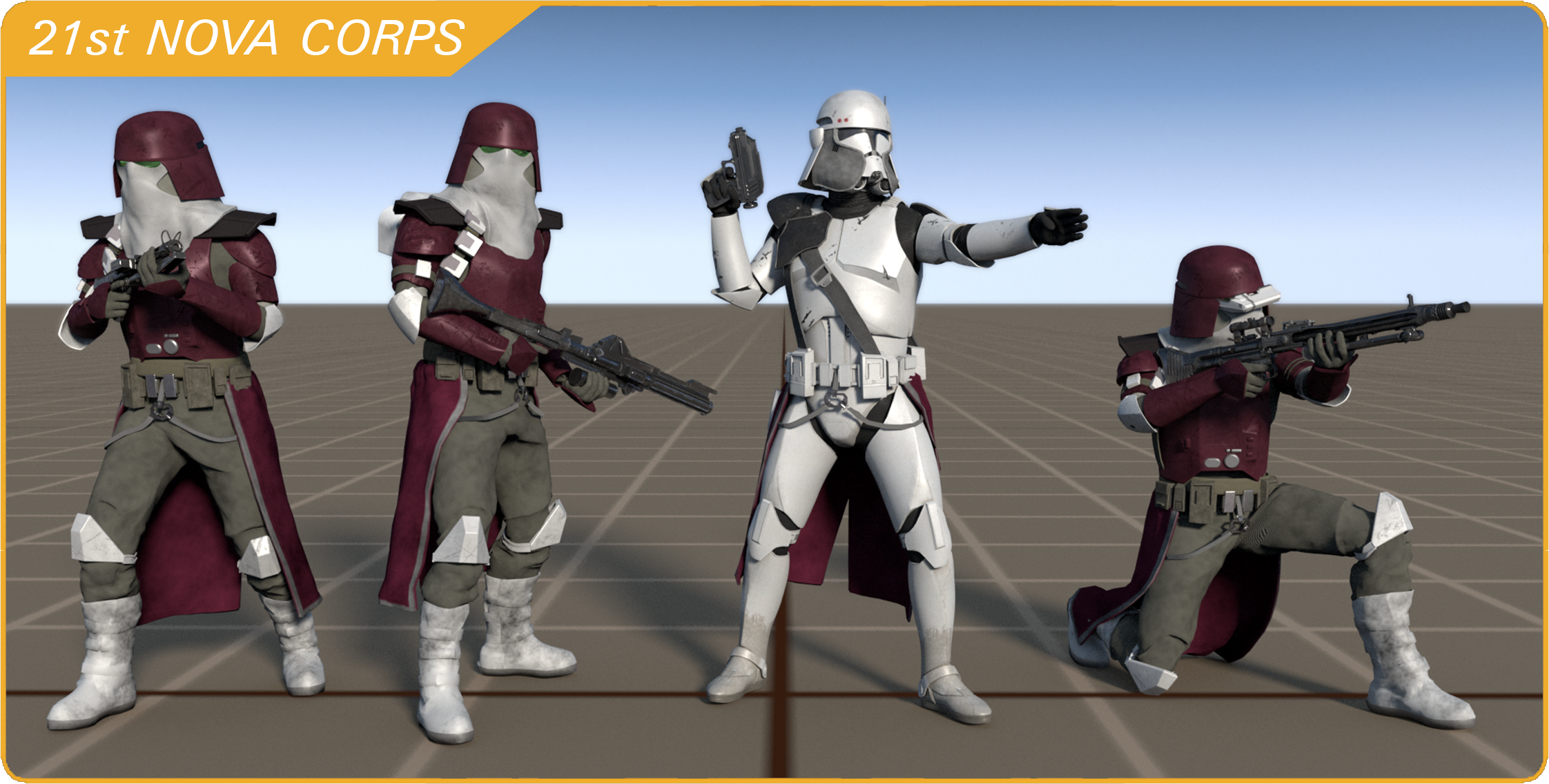 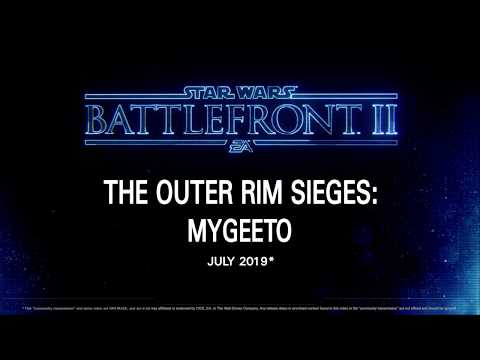 The first phase focuses on fast paced, close quarters combat as the Clones escort their UT-AT through the city ruins while the Droids attempt to destroy it with rocket launchers. Rubble plays a key part in gameplay as in some cases it is your only cover from enemy fire.

As the UT-AT gets closer to the main building, the Clones will have to cross a bridge riddled with potholes and covered in debris. Although the bridge is completely exposed, the environment evolves as the battle progresses making the trip across the bridge much safer for the Clones.

More information on that later in the Transmission.

The UT-AT has reached the main building and destroyed both of the Magna tri-droids guarding the entrance. The Clones must now slice through the door’s security systems in order to gain entry. While they are doing this, the Droids will attack them from both flanks. The destroyed pieces of the Magna tri-droids are the Clones major sources of cover, although there is a network of tunnels below the city streets that can be used by the Droids and Clones to travel from opposing sides of the battlefield.

Now inside the lobby of the main building the Clones must destroy the Droid’s main power generator to help thin out their numbers, thus making it easier for the Clones to take the building. This objective must be fired upon until it is destroyed. However, due to the multi-floor layout of the lobby Droid snipers will be a significant threat.

That’s not all, though. Two new fully player controlled vehicles, and one artillery unit will be added when Mygeeto launches.

Towering over enemy combatants, the Magna Tri-droid acts as devastating artillery support for the Separatists. Armed with three heavy laser cannons, three rocket launchers, and the ability to call in an air-strike, this behemoth is a force to be reckoned with.

Although it will be stationary and placed reasonably far away from combat, it’s ability to zoom in, as well as it’s quick-moving projectiles, more than make up for this.

At a cost of 500 BP, this unit acts like the MTT, AT-AT, and LAAT in the sense that you must get eliminations with it to extend the amount of time you have in it.

Skitter your way through the back alleys of Um’eh city and ambush Clones and Jedi alike as the Combat Tri-droid, the spider-like tank used by the Confederacy of Independent Systems. This nightmarish droid / walker hybrid will cost 900 BP, and have 650 health.

Despite being tiny in comparison to it’s larger counterpart, the Combat Tri-droid leaves nothing to be desired in weapons and abilities. Armed with three rapid-fire laser cannons, a scan-pulse ability, an automatic repair ability, and an ability to launch three anti-infantry rockets this droid packs quite a punch.

Furthermore, due to it’s agile nature this vehicle will be the first walker in the game capable of both crouching, and evading like a regular trooper (albeit somewhat slower). To counter this, a fan favourite from the original Battlefront II will be returning: the TX-130 Saber tank. More details will be shared in another Transmission closer to release.

As the Clones approach the bridge connecting the city and the main building, a ferocious blizzard blows throughout the city, rendering many homing weapons useless and nearly blinding the troopers on the battlefront. Like the sandstorm on Geonosis, the effects of the blizzard become greater over distance, making attempts at sniping the Clones on the bridge futile.

The reduced visibility also plays in favour of fast moving units like the Combat Tri-droid, the B-X Droid commando, and the BARC speeder, as they can now rush towards players head on; but only become visible once it’s too late.

The blizzard will continue to blow throughout phase 2, and can be seen outside the main building’s windows during phase 3 and 4.

New weapons and star cards have arguably been the most requested addition to Battlefront II aside from maps since launch, and we are happy to say that with the release of Mygeeto we will also be releasing 4 brand new weapons, as well as various star cards for the Assault, Heavy, Officer, and Specialist classes. The cards we are adding vary from a placable medical droid for the officer, to a devastating alternative to the Heavy’s Z-6 rotary cannon, the Reciprocating quad blaster.

The new weapons will get their own Community transmission closer to the end of the month, but in the meantime here is a brief description of what is coming.

For the Assault, we are adding the DP-23. It is a shotgun with a low rate of fire intended for mid-range combat. Although it is devastating at the right distance, firing at an enemy that is too close will deal less damage. It also suffers from high recoil.

The heavy will be getting the DC-17. Although visually somewhat similar to the TL-50, the DC-17 has a lower rate of fire. This is made up for with an increased damage per bolt, and reduced spread.

The officer’s new weapon will be the DC-15s side arm. It’s main strength is it’s cooling capabilities, which allow it to fire uninterrupted for a longer period of time than any other blaster currently in the game. If it overheats, however, it has an incredibly long cool down time.

Acting as a compromise between the NT-242 and the IQA-11, the DC-15x does more damage than the IQA-11, but with a slower rate of fire and slightly slower bolt speed. To help with darker environments, it has an unlockable night vision scope.

Now then, it’s time to address another highly requested feature since the launch of the game while also satisfying our Original Trilogy fans.

In the meantime however, we can tell you that it’s based on the battle mentioned in the original novel “Battlefront: Twilight Company”. It will feature a brand new objective, new planet default skins for the Rebel Alliance (the sixty first mobile infantry), as well as additional parts of the map that are unreachable in the Prequel Trilogy version.

Finally, as a teaser for what’s to come after Mygeeto has been released, players will travel to the misty world of Cato Neimoidia and fly throughout the shrouded cities as the Republic and CIS battle for ariel superiority….

*This “Community Transmission” is simply a fan concept, and is in no way official or tied to DICE, Electronic Arts, or the Walt Disney Company.

I (MajesticAndHolyWade) am responsible for the following:

The spawn screen overlay and release date screens were created by DICE (and modified by me, to fit this project).

Aside from the music, I don't own anything in this project (as far as copyright is concerned).

Voice acting was done by a friend of mine, Matt.

A small behind the scenes video is in the works, but there is no ETA for it yet.

@F8RGE and @Charlemagne I know DICE isn't supposed to use community ideas in the final game (although, if there's some weird IP law I'm unaware of, I'm happy to surrender whatever rights I have to this to DICE), so how about you look at this as a MASSIVE amount of fan art instead? (I'll give 'ya both a ride on the UT-AT if you actually do it)

Now, there's one thing I want to say: I'm a prequel fan, no doubt about it, but I recognize we've had a pretty good run as of late, so I think it's completely fair if we get Scarif, or some other OT content first.