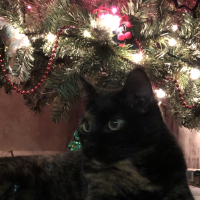 FourStringBass4
2174 posts Member
April 22, 2019 5:14PM
I understand that people have been asking for 32 vs 32 for a while, and I thought it would be cool to have that many soldiers on the battlefront just like in Battlefield games, but I strongly feel that the AI ruins this mode. Battlefield maps are much larger and can easily handle that many players. The Geonosis map is too small for that many players. It seems like they were added just to say you have 32 vs 32 without really considering if it is improving the experience.

I found the mode to be a lot more enjoyable during the time the AI was turned off. Since turning it back on, I can usually play one round before I am annoyed. Then I go back to GA, Strike or Extraction. Knowing that the only content in the coming months are maps for this mode, I am not looking forward to any of the updates as long as the AI is turned on.
14