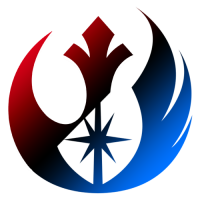 As mentioned in the recent release notes Community Transmission for April's update, we’re having an in-game event in Battlefront™ II to celebrate Star Wars Day!

The prize of this event is the iconic A New Hope appearance for Leia Organa: Princess! Here’s how you can unlock this appearance.

Collectively, 4 million command posts need to be captured in Capital Supremacy. If you capture more than one command post, you still count each time.

In the spirit of good sportsmanship, it’s only fair to give you all more than one day to achieve this prize! The event will run for about a week, starting from the stroke of midnight in Sweden on the 1st and lasting until 11:59 PM CET on the 6th.

How to claim the prize: Log in before the 7th!

Simple enough, right? Once the total has been reached, simply jump into Battlefront II and you’ll be awarded a prize crate with the appearance in it.

Log in any time between the 1st and 6th after the total is reached and you’ll find yourself with Leia’s iconic appearance!

As a quick recap:

Good luck to everyone, and may the Force be with you.
Post edited by EA_Charlemagne on April 2019
38