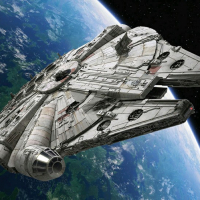 Moojammin_10
2902 posts Member
July 13, 2019 8:55AM
Personally I think from here on out we expect NOTHING. The live service is clearly for CW. As a few people have said we may get episode 9 stuff if support goes on that long.

For a game well over a year old I'm still enjoying GA and SA which tbf is pretty amazing.
My preferred hero's to play are Luke, Rey, maul and Vader.... All in game from launch.

The live service and updates from my point of view has been a total waste of time. Nothing has dropped post launch to get me hooked like GA and SA. CS is a huge disappointment. After all the hype droidekas were just an anti climax bringing very little original game play. Although i totally like then being here, they make the PT matches look very authentic.

We have a new CW planet coming which, from what I can see, again brings nothing new other than pretty coloured plants.

I think for the majority of us we just expect nothing new, enjoy what we have and if anything happens to the contrary look at it as a bonus.

Would be interested in your thoughts agree or disagree?
21