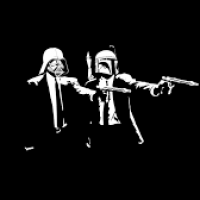 ObiwanGenobii
4 posts Member
August 21, 2019 5:17PM
Hey everyone! I have been playing SWBF2 since release off and on! I love the game and I want to know what I can do to help it get better and get noticed by the devs to have a good relationship so the feedback becomes more apartment than just another post.

I am going to get back into posting and making videos again and going deep on this game and others. Look forward to the replies
1