Felucia needs to be brought to other modes. 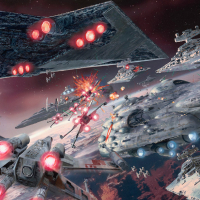 killerzf7
715 posts Member
September 18, 2019 8:52PM
I know that Felucia was designed with Capital Supremacy in mind, but it’s also clear that other people want it for other modes.

I know a lot of people want it for GA, but what about the smaller modes?

Felucia should also be brought to Blast, Strike, and Extraction players know that Extraction is in desperate need of new maps.

Like I said in my post for the Episode IX planet for December, it would be a really missed opportunity to not include any new planets in other modes.
7