ZephanUnbound
3149 posts Member
April 4, 2019 9:17PM edited October 2019
In light of the recent leak from reliable Battlefront 2 leaker Some_Info, saying that Ahsoka and Ventress are in development, I decided to finish this old Ahsoka/Ventress concept I was once working on and post it here:

Summary: Ahsoka was considered to be one of the most skilled Padawans in her age group at the Temple, with a particular strength for lightsaber combat. Ahsoka combined the ancient variant of Form V, Shien, which utilized a reverse grip on the lightsaber and was particularly good at blaster deflection, with Jar'kai, the usage of 2 lightsabers, though Ahsoka chose to wield a short shoto lightsaber for her second lightsaber instead of a full size lightsaber. Ahsoka utilized her lithe body to focus on acrobatics and speed when fighting over raw power, and was strong enough to defeat some of Vader's personally trained Inquisitors and last for several minutes against Vader himself. Though known for being stronger in lightsaber combat than with force powers, she was shown to be strong enough in the force to topple a large rock wall with telekinesis and used the force to shatter an Inquisitors lightsaber hilt with a mere touch.

Weapons: Green lightsaber + green-yellow shoto lightsaber
(Note- Unlike Grievous, Ahsoka swings her 2 lightsaber independently, resulting in the fastest saber attack speed in the game, but this is balanced by having the lowest damage per strike of any saber user)
Abilities

Left Ability- Block Throw
-Ahsoka throws her green full size saber in a horizontal arc while defending with her short yellow-green shoto guard lightsaber against frontal atacks. Deals 150 damage, travels 18 meters, can go through multiple targets, can deal damage to the same target twice if it hits them on the return throw, and takes roughly 1.5 seconds for the lightsaber to complete it's throwing animation cycle and return to Ahsoka's hand. Stamina isn't drained by blocking during this animation and blaster bolts will still be reflected at attackers. Cooldown- 18 seconds.

Middle Ability- Agile Opponent
-Ahsoka gains a 15% boost in movement speed and attack speed, and stamina drain while attacking is reduced by 30% for 10 seconds. Cooldown 18 seconds.

Right Ability- Acrobatic Strikes
-Ahsoka leaps up about 3 meters and forward about 5 meters, doing a summersault in air, and slashes downwards 2 times with her sabers during the animation. Each saber strike does 100 damage to any enemies beneath her jumping arc when she uses the ability. The first strike can be blocked by a saber user, but the 2nd strike can't be blocked. Cooldown- 18 seconds 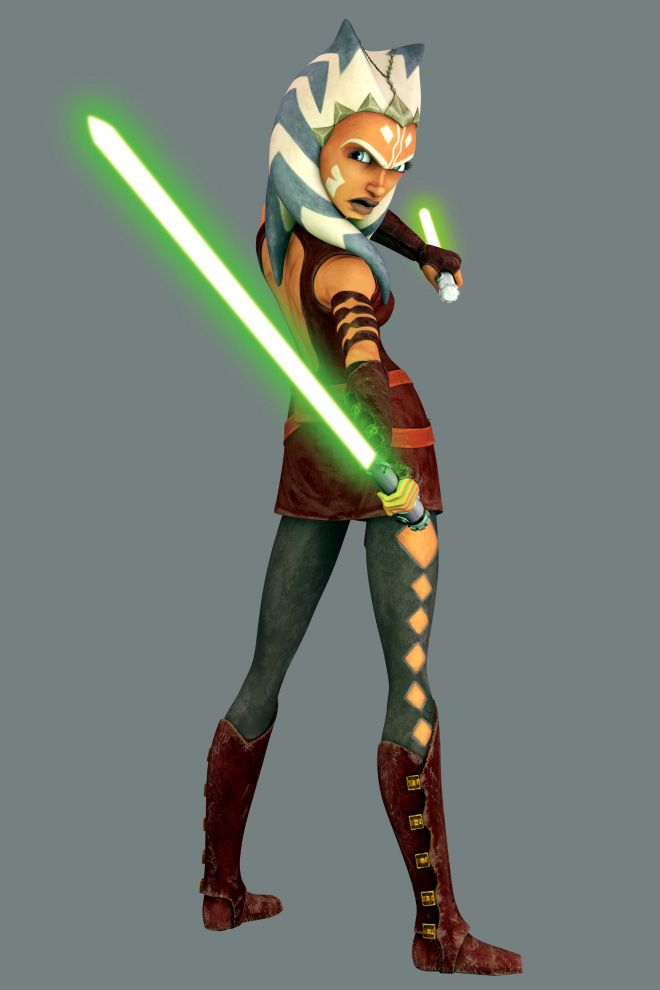 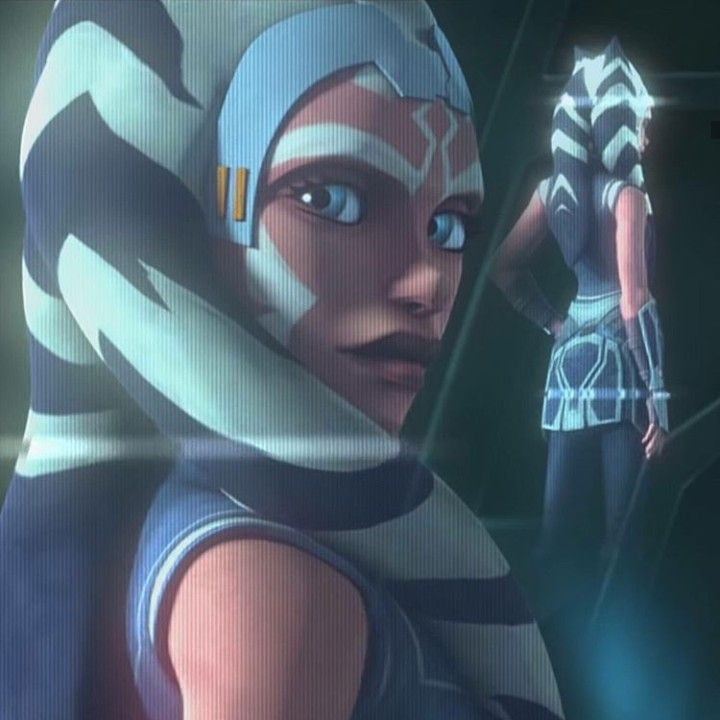 Summary: Ventress was a Sith Assassin trained by Count Dooku. She combined Form 2 Makashi with Jar'Kai, dual lightsaber combat. Very skilled, she was known to fight multiple Jedi at once and survive, including Obi-Wan and Anakin at the same time. Trained to use stealth and fear to her advantage. While Ventress was primarily a lightsaber fighter, her force capability was nothing to scoff at, she once force choked Anakin and Obi-Wan at the same time and force chocked 4 enemies in a 360 degree circle around her at once.

Left Ability- Choke Pull
-Ventress chokes the nearest enemy in a 15 meter, 60 degree angle arc for 0.8 seconds, dealing 80 damage, then quickly pulls them in for a lightsaber attack that deals another 80 damage. Cooldown is 18 seconds.

Middle Ability- Sith Assassin
-Ventress becomes invisible on enemy motion sensors, sees silhouettes of enemies through walls and sees their red dots on the motion sensor within a 20 meter range around her, automatically deactivates her lightsaber when not attacking (since it makes noise), doesn't initiate combat encounter banter, makes 60% less footstep noise, and deals 20 bonus frontal and 40 bonus rear saber damage. The stealth and hunting effects last until she attacks, while the damage bonuses last for 4 seconds after her first attack. Cooldown 20 seconds

Right Ability- Interlocking Lightsabers
Ventress' dual sabers are designed to be attached to one another, allowing her to switch between dual lightsabers and a double bladed lightsaber with ease. She is more offensively oriented in dual saber form and more defensively oriented in double bladed form. 0.7 second activation time, where she can't attack or block. No cooldown. 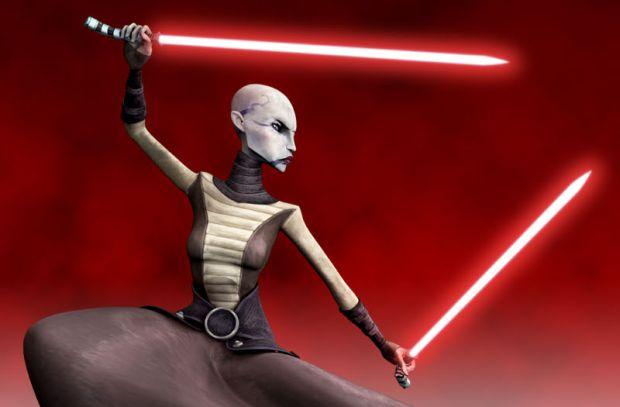 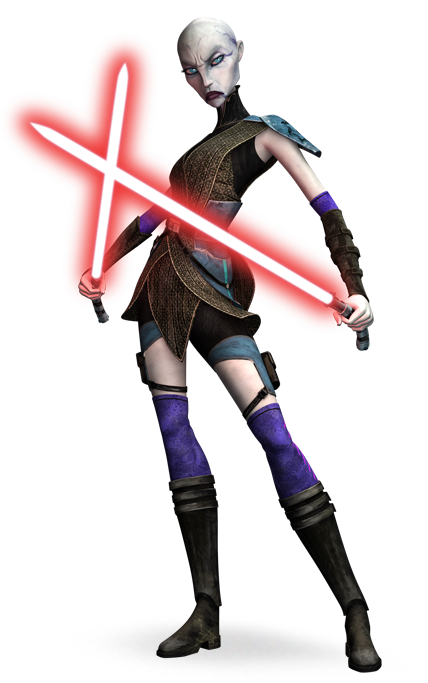 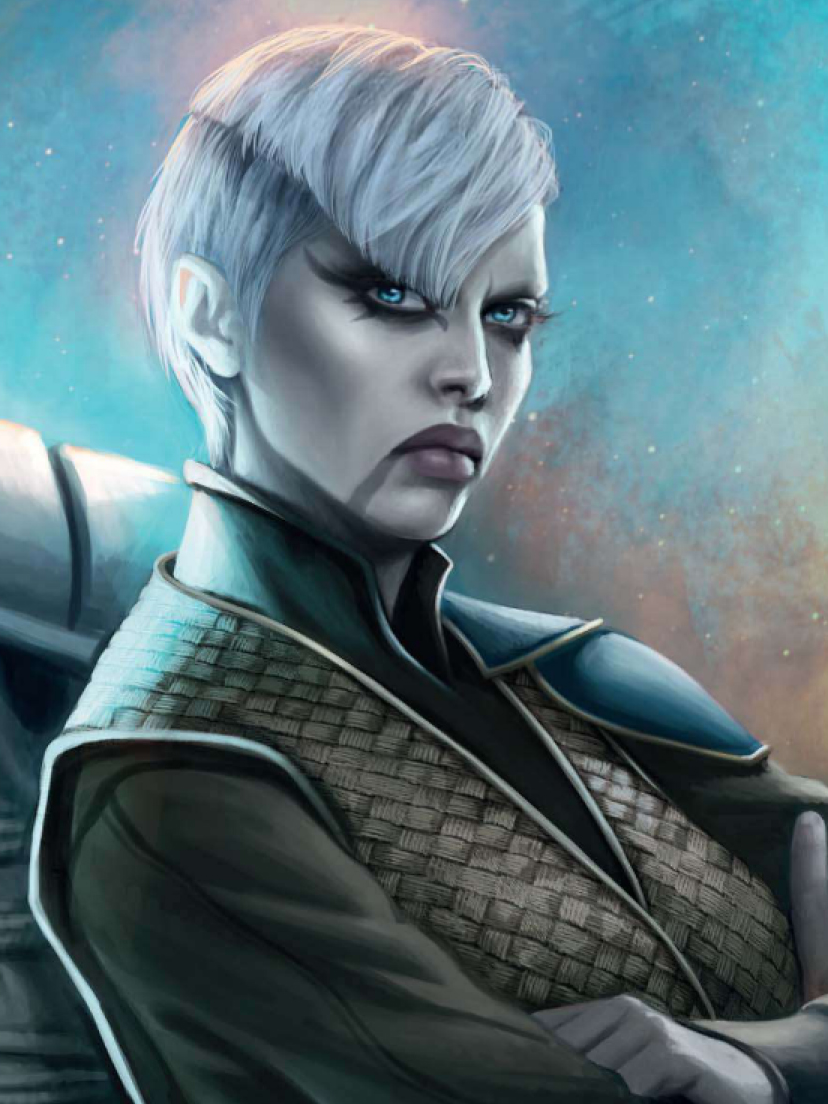