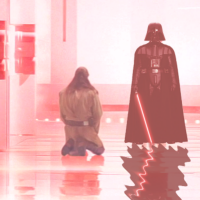 FlyHyland
17 posts Member
November 2, 2019 9:29PM
Whenever someone makes a thread like this there's always people that say 'But I like the Droid Announcer' so let me be clear, I'm not saying get rid of him, I'm simply saying add an option to mute him, much like there's an option to silence the music.

It's SO frustrating turning off the HUD and trying to record cinematic gameplay with him chiming in every 10 seconds about Obi-Wan's death sticks.

Otherwise, I don't mind, it's a nice funny addition but when I want to film cinematic footage it's really off-putting so I'd just like that option just to turn him off.
10