Saber Heroes Vs Troopers - Which Do You Prefer? 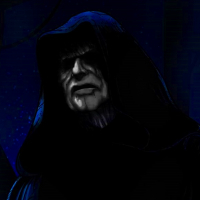 polarition
1249 posts Member
November 16, 2019 9:14PM
So, I always hear a lot of talk about how it's just an easy kill to play as a saber hero in Battlefront. But, my question to you is: is it really?

Keep in mind that lightsabers are a powerful weapon. That's a given. In Star Wars lore, it's one of the most powerful weapons to exist. It's a weapon that takes continuous and lengthy training to master. In Battlefront, I would argue it follows a similar path. Sure, if you find yourself as a trooper facing someone with a lightsaber, chances are they're going to shave off quite a bit of your health, if not kill you.

But it's not that simple. Not every hero in Battlefront is capable of perfectly deflecting blaster fire back into their enemies. Even then, it also requires a little bit of aiming to accurately deflect the bolts at someone which is easily dodged by moving.

Troopers with blasters are capable of keeping a distance away from a hero and shooting from a far. Lightsabers are a close combat weapon and are only useful up close and personal. So, if you're a smart trooper you'd keep a distance or face your end. In Battlefront, there are also weapons like bowcasters, which shoot through lightsaber blocks, rocket launchers, turrets, grenades, and other powerful weapons capable of shaving off quite a bit of health on a saber-wielder forcing them to either retreat, die, or take some damage to charge you. Even then, they run the risk of dying to the hands of a blaster or explosion.

There are also vehicles. Countless times have I seen a hero fall to a tank on the battlefield. They can shave off a lot of your health if you don't find proper cover. Same with any kind of Armor vehicle manned during the mode.

Lightsaber heroes also have the force which typically comes in the form of some kind of force push. This ability is useless from a distance and in some cases can be easily dodged even when you're within proximity. This is why there are dodge rolls.

Lightsaber heroes are also vulnerable! If you attack them from the back, there's nothing they can do to defend themselves other than turn around, run or kill you. But troopers often come in large numbers so, you can expect to do some damage. Heroes also can't dodge explosions, shock attacks or gas attacks, as I have mentioned before.

So, in reality: Lightsaber heroes are stronger, but require more skill to successfully play than people think. When you play as a hero, you immediately become a target compared to a trooper. The chances of you dying is higher because everyone's shooting at you to take you down before you can try to turn the tables. As a trooper, your only goal is to point and shoot. As a saber hero, you have to defend yourself, defend your team and make wise decisions to prevent your end. A lot more thought goes into it then when I play as a trooper.

When I play as a trooper, it's mainly just aim for the head. Which, I tend to go for headshots a lot because I am pretty decent at marksmanship in the game and can get do it a lot (you should see me as a sniper on Crait lol).

Point is: both saber heroes and troopers require skill. You're not getting cheap kills by playing as a saber hero, you're just downsizing your opposing team by eliminating the troopers who didn't put any thought into staying away from someone with a stronger weapon. It's no different than if I were to play as a saber hero and intentionally keep a distance from any wookies.

And, if you use HVV as any form of example as sabers being better than blasters, please keep in mind that it's literally 1v1 (saber vs blaster) and of course you're at the disadvantage. Cause that's how the weapons were. It's the equivalent of bringing a gun (being the saber) to a knife (being the blaster) fight.

But, that's my take on it. What's yours?
“THIS has all been foreseen.”