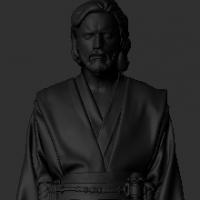 Janglesworthy
479 posts Member
October 1, 2019 7:45PM edited October 2019
This is a list of little quality of life issues I have comes across in game off the top of my head. What is your list?

Tech problems
player movement
- jump - add ledge grab/auto-vault to pull up over edges chest height (crates included)
- Ledges that are knee high block player from moving forward unless you jump. Add an auto step up to smaller elevations like control point A in the second phase of kamino Co-op room. There is a large walk way in the middle of the room stemming from the control point.
- Suggestion - add cover mechanic to Co-op ala gears/rainbow six vegas etc.
- Ground objects - player gets stuck on props. Yavin has a spawn point in hvv where the ground is broken with roots and rocks, the player has to bunny hop around the entire area to move.
- Control points like the naboo palace rooms are surrounded by props, jedi/sith characters end up on top of furniture after using their lightsaber attack do to poor collision?
- Dodge roll Suggestion - replace with ground slide to cover mechanic for Co-op

Weapons
- Remove heat build up penalty animation for reaching max build up. It's redundant when you then have to watch the quick time reload after and slows down gunplay.
-
Hero's
- ground elevation and environment props break abilities like force push/pull/radial attacks
- Felucia Co-op final control point has pot holes in the ground that break your force abilities

Match making
Allow the players to select their faction/hero before match making so they can play the game the way they want. I give the player a priority list of factions they would like to play second, third, fourth if first choice is not available.

This allows for easier cross era development and porting of all maps to all eras.
Post edited by Janglesworthy on October 2019
2