Too many heroes on each side in GA!!! 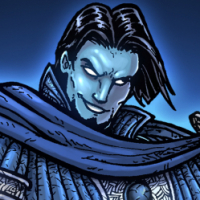 AW_Cramer
442 posts Member
November 28, 2019 6:24AM
@F8RGE Can we please reduce the amount of heroes on the battlefield at a time for Galactic Assault?!? 4 per team is ridiculous!! Played a match on Naboo last night and couldnt even get a decent run going cos there was a hero around every corner!! Why does CS get 2 but we have to contend with gangs of heroes on GA??