Does Anyone Regret Stomping On Enemies? 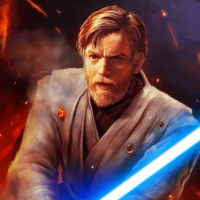 polarition
1720 posts Member
December 2, 2019 2:58AM
I know it's a game and all, but I just played a HVV match where the team lost so badly that I started feeling bad killing them and started hesitating a little bit to give them a chance.

And, it wasn't like they didn't know how to play. They knew what they were doing. They just couldn't finish their kills fast enough to match my speed.
“The strongest defense is a swift and decisive offense.”