What has happened to the servers? 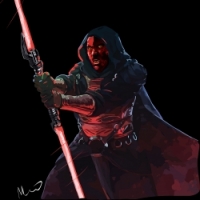 Alwe15
2000 posts Member
December 29, 2019 7:02PM
I might be late to this discussion but since the TROS update I've found huge issues with server quality and ping.

I main Coop and haven't tried the other modes, yet. However, frequently the entire game either stops for a couple seconds or jumps a few frames suddenly. Once or twice the game has frozen for so long, it gives up trying and boots me back to the main menu.

What gives? Is this an EA server issue, a game issue or a "me" issue?
2