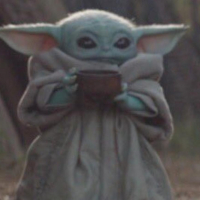 IXPrometheusXI
2508 posts Member
January 14, 2020 7:45PM
Just wanted to call out @EA_Tom and just wanted to let you know how awesome it is that you've been active today. Its alway enjoyable talking to one of you guys. Keep it up
Baby Yoda is the absolute greatest character Disney has created.